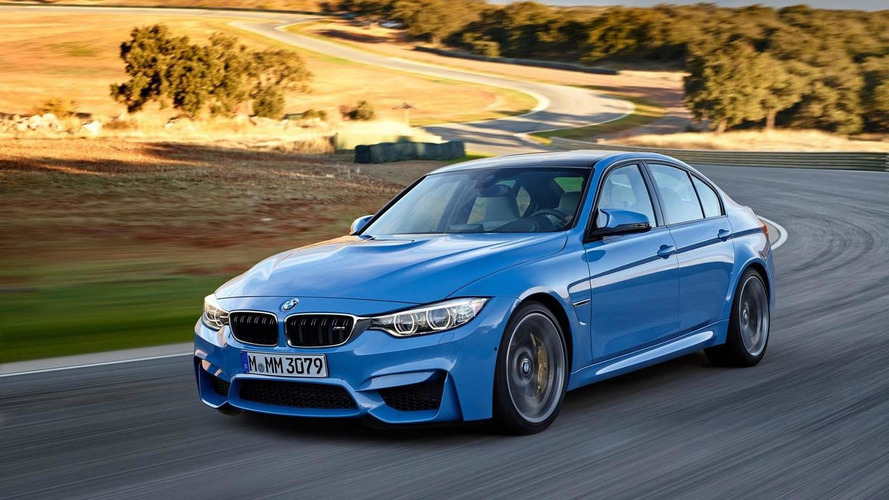 The first official images with the 2014 BMW M3 and M4 have surfaced the web, ahead of an imminent online reveal.

The first official images with the 2014 BMW M3 and M4 have surfaced the web, ahead of an imminent online reveal.

The all-new M3 Sedan comes with a bold new front fascia with black kidney grilles and beefy dual front air intakes along with a redesigned hood featuring a power dome. These official images confirm rumors concerning a carbon fiber roof, while other highlights include twin five-spoke grey alloy wheels, aerodynamic exterior mirrors and gold brake calipers. Moving to the M3's back, there's a new bumper with a redesigned diffuser and a familiar quad exhaust arrangement.

As far as the M4 Coupe is concerned, it closely mirrors the concept shown earlier this year at the Pebble Beach Concours d'Elegance. It wears the same gold hue with matching brake calipers and also has a carbon fiber roof. Overall, the coupe seems to be a bit sleeker than its four-door sibling while the interior will be virtually the same on both versions.

Special thanks go to Martin Kelly for sending us the tip!