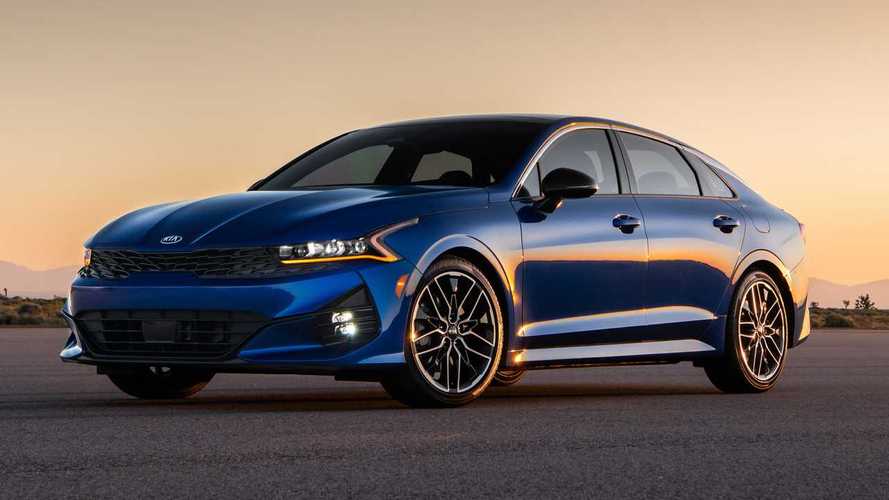 The Kia Optima is dead. Actually, that’s not exactly true. The name is gone, but the Optima endures as the new K5 which debuted at the end of June. Typically, there’s a decent amount of time between a new vehicle debut and pricing information, but these aren’t typical times. Pricing is already out for the new K5, and it starts at $23,490. With a destination charge of $965 included, the price settles at $24,455.

For the record, that’s just a $100 increase over the current Optima. Despite the slight bump, it’s still the value-priced alternative to the Honda Accord and Toyota Camry by several hundred dollars, and according to Cars Direct, it even undercuts its South Korean sibling, the Hyundai Sonata. That price gets you the K5 LX with a 180-horsepower (134-kilowatt) turbocharged 1.6-liter engine, turning 16-inch aluminum wheels up front. An 8.0-inch touchscreen and a host of safety systems are also part of the standard package.

Power-hungry buyers will need to step up several thousand dollars, however. The K5 GT with the 290-hp (216 kW) turbocharged 2.5-liter engine starts at $31,455, but it’s still considerably cheaper than the current hotter optima, the SX Turbo. Checking option boxes will quickly add to the cost, as Cars Direct reports the price could reach upwards of $36,000 with various packages. Our specific most expensive question will be answered when the K5 configurator goes live.

There’s a curious postscript to the K5 pricing reveal, however. Cars Direct also discovered finance and lease incentives for the new car, which will be on sale very shortly. The biggest deal is $2,000 of the K5 EX model, but only if you lease. The LXS sees a $1,100 discount and the GT-Line gets up to $900 off, but again, only on lease deals. For those looking to buy, there aren’t any at-launch discounts but Kia has a range of finance offers as low 0.9 percent for 48 months.