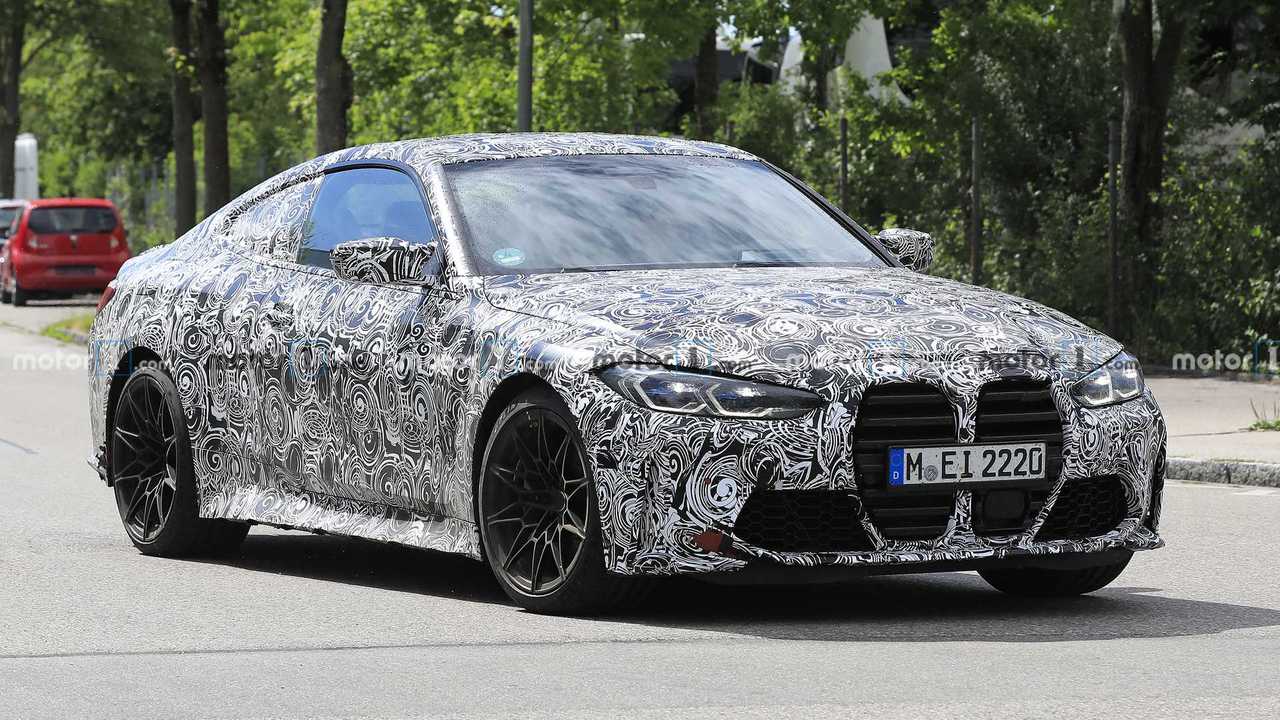 At this point, there isn't much left to hide.

At this point, there isn’t much left for BMW to hide. The new 4 Series with its mega-grille is already uncovered, and we’ve known for a long time that the hot M edition would see the same treatment. These new spy images are the first time BMW has been so bold in public with its test vehicles, however.

By bold, we mean running with nothing save for a mind-bending swirl camouflage wrap. The latest spy shots merely conceal smaller details with regards to body lines, leaving the large grille with its bisecting license plate in full view. There’s no hiding the horizontal bars that will define the M4’s new face, and if you look closely at the upper right quadrant of the grille, you’ll see an M4 badge concealed beneath black tape. Like it or not, this is your new hot BMW coupe.

Does This BMW M4 CSL Rendering Improve The New Grille?

If you’re not enthused about the controversial design direction, at least there’s no doubt about what’s happening behind that grille. Packing the twin-turbocharged B58 inline-six, power will be prolific with over 500 horsepower (373 kilowatts) offered in top-tier models. Shifting will occur with a dual-clutch gearbox and all-wheel-drive will be the norm.

However, motoring purists will still have the ability to row gears with a six-speed manual, sending power to just the rear wheels. This “Pure” model won’t be available with the high-output engine, but with only 480 hp (358 kW) on tap, we suspect enthusiasts will get by.

BMW Actually Trolled Us With The M3 And M4 Teasers

One thing enthusiasts won’t have to do is wait much longer. BMW has confirmed the new M4 will debut in September. It should be quite a gala as well, as BMW will also take the wraps off the long-awaited M3 sedan. If you’re not a fan of the M4’s big grille but desperately want the high-power BMW experience, the M3 will wear a more traditional face similar to rest of the current 3 Series line