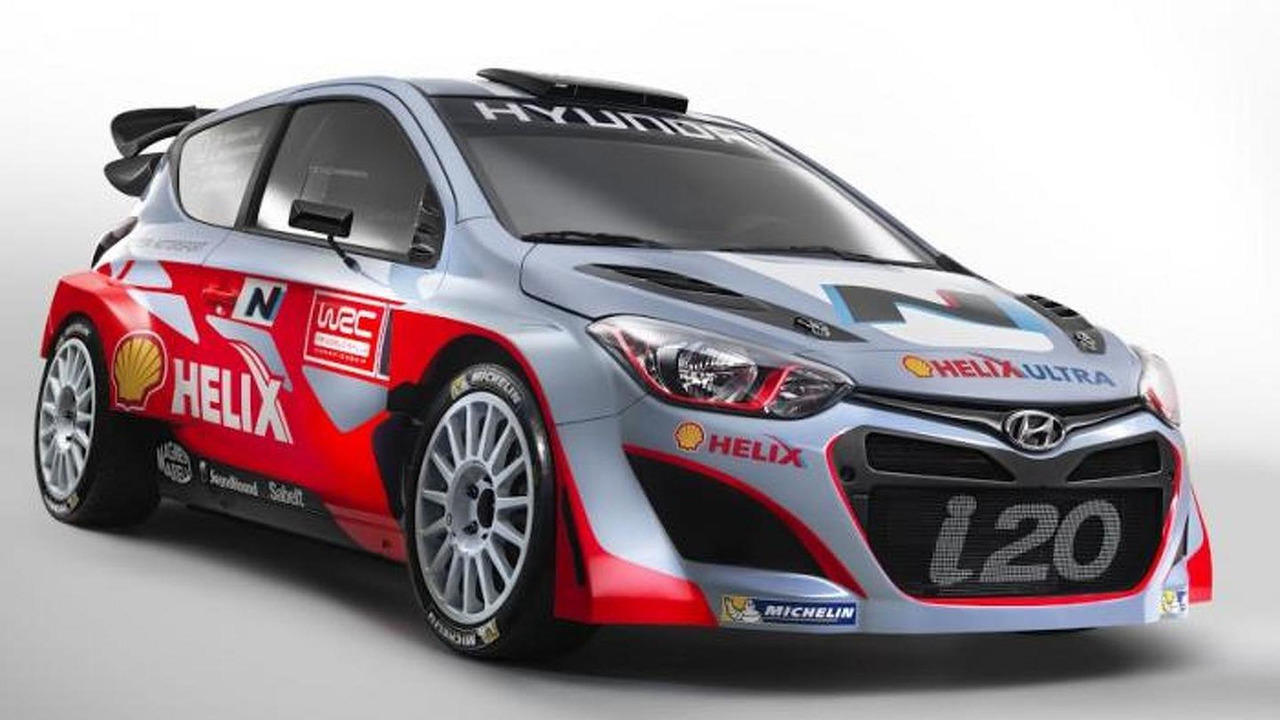 Hyundai has presented its WRC-spec i20 at a special event organized in Frankfurt where the company also announced plans for an "N" lineup of performance road-going models.

Hyundai has presented its WRC-spec i20 at a special event organized in Frankfurt where the company also announced plans for an "N" lineup of performance road-going models.

Not too long ago Hyundai was far from being a respected automaker but now not only do they have solid products, but the South Korean marque will also tackle the very competitive WRC territory and will introduce hot models with the technology derived straight from their rally experiences.

The rally i20 was revealed with its 2014 WRC livery at an in event in Frankfurt where Thierry Neuville was also present as the team's lead driver. Juho Hänninen - who will drive the second car - also attended the launch event. Also part of the Hyundai Shell World Rally Team will be Dani Sordo and Chris Atkinson who will participate at a few events during the 2014 season.

Coinciding with the i20 WRC's launch, Hyundai has officially introduced the "N" lineup which will represent the firm's performance models. The designation was chosen as a reference to the company's technical center in Namyang, South Korea although the division is based in Alzenau, near Frankfurt where the WRC team has its headquarters.

The first "N"-labeled car will be a hot i20 set to go on sale sometime in 2015. It will likely be followed by more powerful versions of the Genesis Coupe and Veloster Turbo.