BMW 2 Series Coupe Spied For The First Time In Mexico 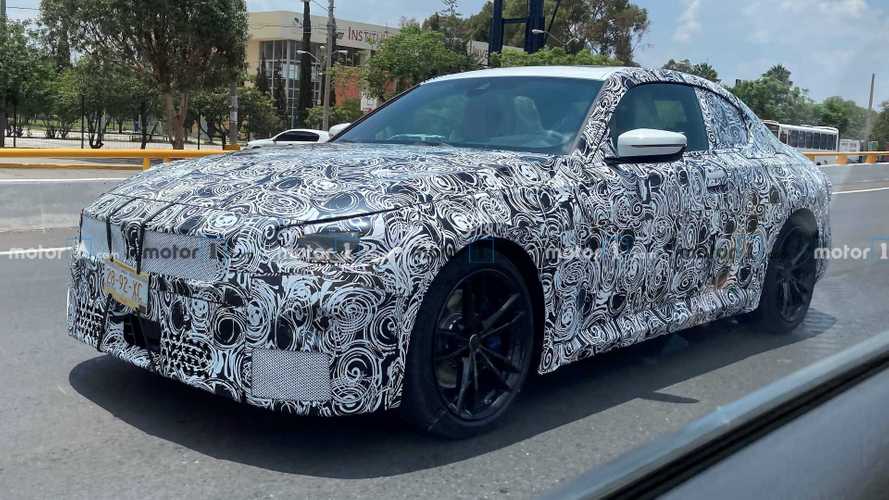 Don't worry. It looks like the G42 2er won't get the controversial, gigantic grille.

We've spotted BMW actively testing the 2 Series Active Tourer on several occasions. One of the more recent ones were spotted in the Alps, with the quirky crossover getting tested under cold temperatures. We have yet to see the coupe version under wraps, though – not until today.

Spied in Mexico by Eduardo Mendez for CarPix, this heavily camouflaged 2 Series coupe was seen testing out in the open. In case you're wondering why BMW is testing the 2er in the land of burritos and tequila, recent reports suggest that the next-generation 2 Series coupe will be built at the new BMW plant in San Luis Potosi, Mexico.

There isn't much to be seen through the heavy wraps on the G42 2 Series. However, we're almost certain that it won't adopt the gigantic grille that the bigger 4 Series recently got. Alleged leaked images of the next 2 Series came out last April, and the exposed fascia of the car then supports this notion (wish).

Out back, the 2 Series we've seen before had a different set of tailpipes, as opposed to the round tips seen in these spy images. It's important to take note, however, that the previous alleged leaked images seem to be for a hotter M performance variant, if not for the M2.

Is This Really The New BMW 2 Series Coupe Without Camouflage?

What you'll be elated to know is that the next-generation 2 Series will have a rear-wheel drivetrain layout, worthy of a "Drift Machine" moniker. This deviates the G42 2er away from the four-door 2 Series Gran Coupe and other models within its range, including the Active Tourer.

The next 2 Series will sit atop the CLAR platform that the 3 Series uses and will come with several engine options, which should include a six-cylinder power plant. A convertible version won't reach fruition, though.