This Rolls-Royce Convertible Was Designed By An 8-Year-Old 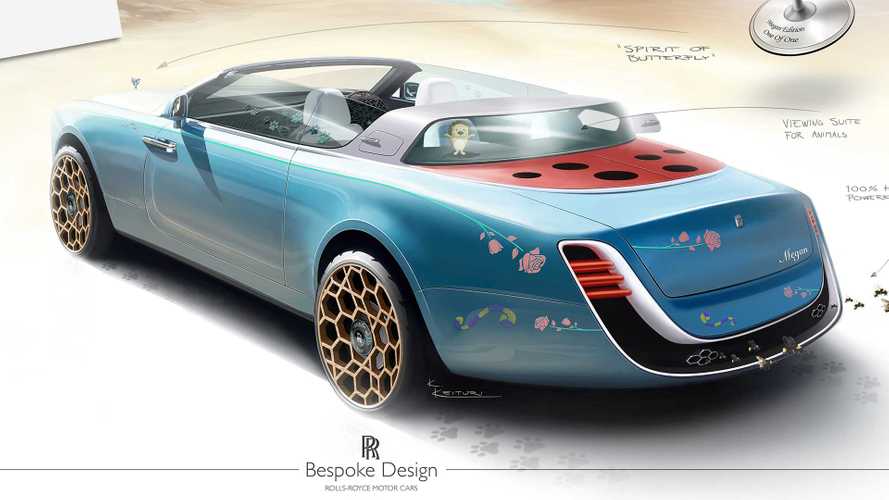 The British marque has shortlisted the entries for the Young Designer Competition.

Purely-powered by honey, has a viewing suite for animals, and dons a Spirit of Butterfly – these were the ideas of an eight-year-old kid named Megan for a future luxury car, and Rolls-Royce reimagined her sketch into a full-blown rendering of luxurious convertible from the British marque.

This is just an example of how Rolls-Royce wants to reward the winning entry of its Young Designer Competition, which commenced back in April. Here's the full concept of the Rolls-Royce convertible above.

The contest had an overwhelming turnout. According to the release, Rolls-Royce had received over 5,000 illustrations when the submission closed on July 2, 2020. These sketches from children under 16 years of age came from over 80 countries.

Out of the 5,000+ hand-drawn submissions, Rolls-Royce has shortlisted 220 entries – from which the winners will be chosen by mid-July, according to the company. You can view some of the shortlisted entries on the gallery at the bottom of this story, while the full set is available for viewing on Rolls-Royce Young Designer Competition's microsite.

FCA Design Center Selling Cool Sketches For A Good Cause
⠀

To recall, the winner of the contest will be given a rendered illustration of the design, just like the one above, a chauffeur-driven Rolls-Royce ride for the winner's first day back to school, together with his/her best friend. The runners-up will get a hand-signed certificate from Torsten Müller-Ötvös, the Chief Executive Officer of Rolls-Royce Motor Cars.

One lucky entry from the U.K. will be chosen to receive a new Greenpower electric car kit, on top of the chauffeured Rolls-Royce ride. The car kit will serve as an entry of the kid's school to the Greenpower Challenge – a motorsport competition for schools across Britain.