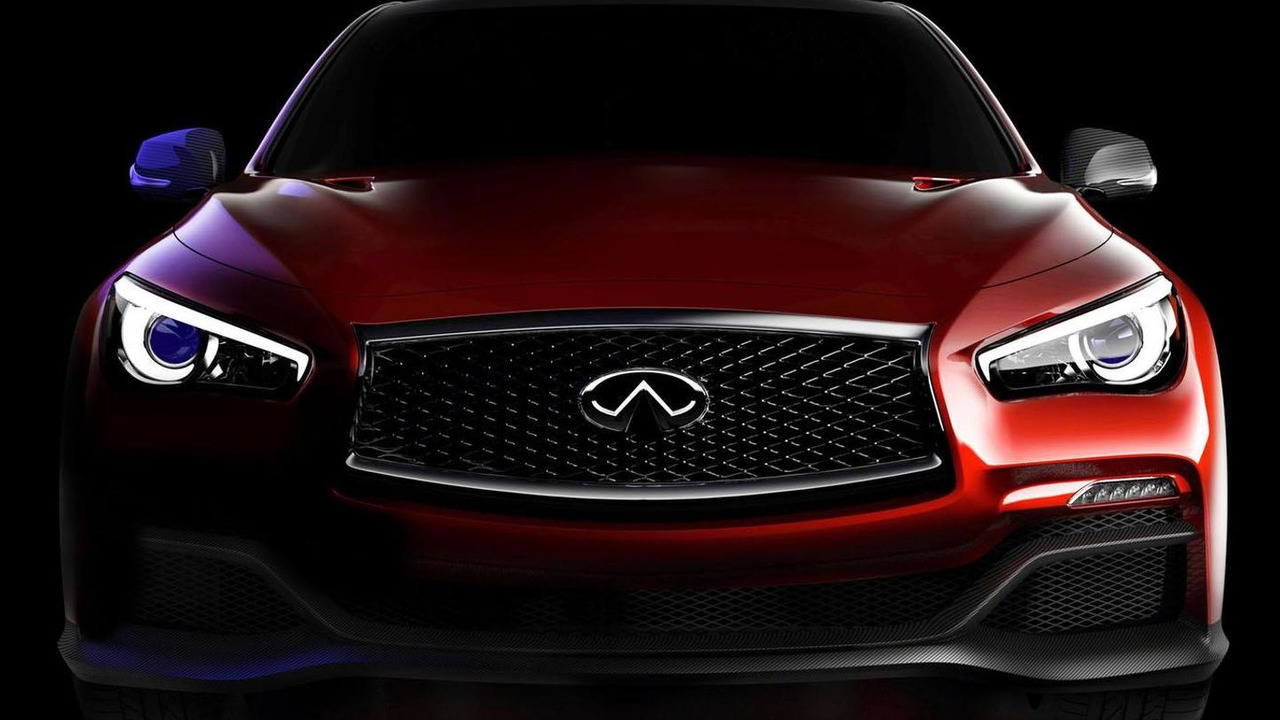 Described as a "design vision" of a high-performance Q50, the Eau Rouge concept is named after a corner on the Spa-Francorchamps track.

The company didn't have much to say about the car but they confirmed it will have an aerodynamic design that was influenced by their partnership with Red Bull Racing. Infiniti declined to elaborate but the picture shows the model has a carbon fiber front spoiler, a ventilated hood and a mesh grille.

According to Infiniti Executive Design Director Alfonso Albaisa, "Performance is a key pillar of Infiniti's DNA, and this car expresses a deepened design interpretation of that. The Q50, with an abundance of technologies, provides a great basis for an extreme performance version, embodied in the design of Q50 Eau Rouge."