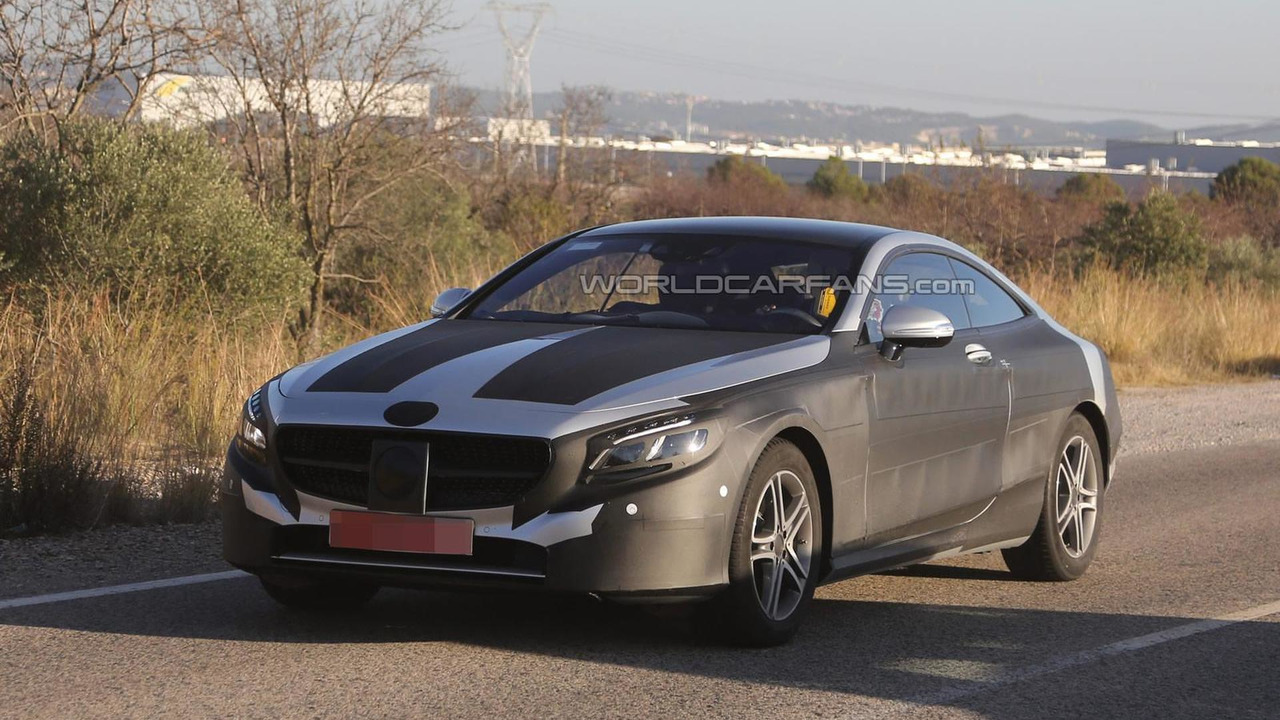 Today we bring a fresh batch of more revealing 2014 Mercedes-Benz S-Class Coupe spy photos, including a version fitted with the AMG spoilers.

Today we bring a fresh batch of more revealing 2014 Mercedes-Benz S-Class Coupe spy photos, including a version fitted with the AMG spoilers.

Already confirmed for a 2014 launch, the S-Class Coupe looks very promising from what we have seen so far in spy photos and these latest pics confirm the statement made by Mercedes-Benz design chief Jan Kaul who said the concept was "very close to the production version."

Our spies managed to take photos of two S-Class Coupe versions, the standard model and a more upper-spec variant featuring the AMG spoiler package. The cars were spotted testing alongside the sedan version and it makes it easier for us to see the differences between the two. For example, the coupe has a considerably lower front fascia with a smaller grille while the taillights are a lot bigger on the two-door variant. In addition, the boot of the coupe appears to be a bit smaller.

Engine offerings will likely be borrowed from the sedan version without any changes so expect the range-topping S63 AMG Coupe to have a 5.5-liter V8 twin-turbo producing 585 bhp (436 kW) and 664 lb-ft (900 Nm).

The 2014 Mercedes-Benz S-Class Coupe will probably be unveiled in March 2014 at the Geneva Motor Show.