2021 VW Tiguan Facelift Spied Inside And Out With Zero Camouflage 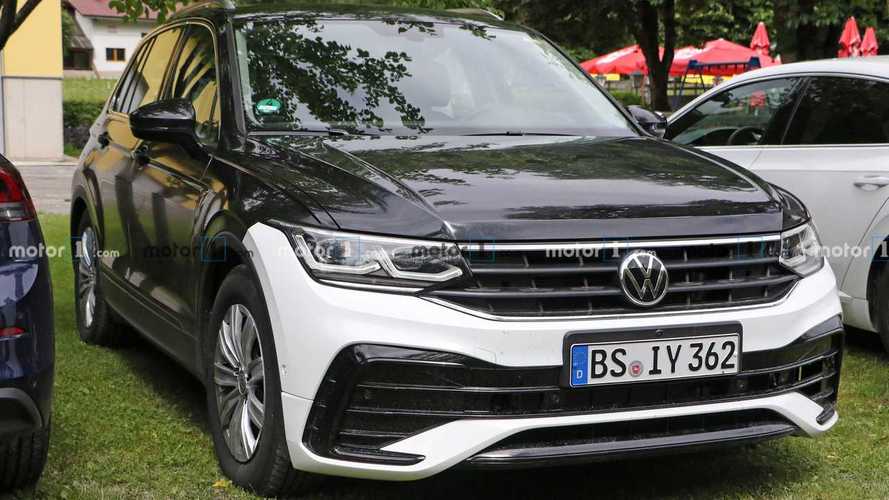 Volkswagen must be on the verge of unveiling the 2021 Tiguan because the facelifted crossover has just been spotted without any camouflage whatsoever. It appears to have the front bumper taken from the sporty R-Line version, but the rear bumper belongs to a lesser trim level with a pair of faux exhaust tips. By far the most significant change brought by the mid-cycle update is the new look for the headlights, derived from the Golf 8 where the “eyebrows” also extend onto the car’s sides.

VW’s designers have also spent some time tweaking the front grille, now wider at the bottom where it has a chrome frame that creates a visual connection with the headlights. It’s the same story with the upper section to give the impression of an uninterrupted line by merging the grille with the headlights. Not that many people will notice the difference, but the prototype had the mildly updated VW logo introduced last year.

The Popular Crossover Is Getting A Nip And Tuck:

At the back, it looks like the taillight shape has essentially been carried over, but there are new graphics inspired by the Golf 8’s rear lights. In addition, the model’s name has been repositioned to the center of the tailgate, right underneath the VW badge, to follow a trend that started a few years ago with the Arteon.

Speaking of which, the swanky climate control settings seen recently inside the 2021 Arteon facelift will have a correspondent in the refreshed Tiguan. This particular prototype didn’t seem to have the upgraded infotainment system, which does away with those two rotary knobs and the shortcuts on the right side. That steering wheel design should be familiar if you’ve seen the Golf 8.

When the 2021 VW Tiguan facelift will go official, expect not only updated engines, but new additions to the range. These will include a plug-in hybrid derivative and quite possibly the long-awaited arrival of the R. The speedy crossover should use the same engine as the Arteon R and forthcoming Golf R, a turbocharged 2.0-liter engine with 315 horsepower.

VW teased the revised Tiguan back in April, so a reveal should be right around the corner.