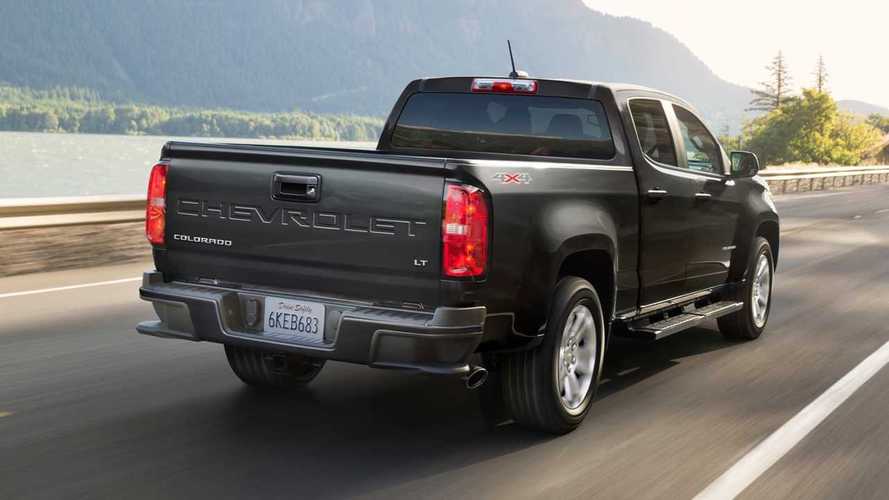 Just in case you want that debossed branding on your current Colorado.

The Chevrolet Colorado gets a mid-cycle refresh for the 2021 model year. Along with the new face and other aesthetic updates, the midsize pickup also comes a prominent change at the rear that current Colorado owners might want to have for their trucks.

For the 2021 Colorado, the American marque dropped the Golden Bow Tie emblem for a debossed "CHEVROLET" branding on the tailgate. A simple yet effective touch, further emphasizing the brand when viewed from the rear.

GM Authority recognizes that inquiry and asked Chevrolet if current 2015-2020 Colorado owners can order the new tailgate as a replacement. The answer was affirmative.

"If the owner of a 2015 – 2020 Chevrolet Colorado desires the new 2021 stamped tailgate, they should be able to work with their local Chevrolet service center to order the new tailgate as a service part for replacement," said Chevrolet communications’ Chris Bonelli in an exclusive interview with GM Authority.

That comes with a bit of a 'but,' though. Interested won't be able to order the new tailgate themselves since it isn't listed as a certified accessory. They need to work with the dealer to order the part for them, as confirmed by Bonelli with GM Authority.

The price of the replacement tailgate wasn't disclosed, though. GM Authority speculates that it would be the same as the non-debossed tailgates, which ranges from $545 to $608.67, depending on the presence of the EZ Lift and Lower feature.

Save Thousands On A New Chevrolet Colorado

Pricing for the 2021 Colorado isn't out yet, but previous reports that the new base Extended Cab Work Truck starts at $26,395. The previous Base Extended Cab entry-level trim has been dropped out of the options. The new Colorado's production is slated to start by the end of June.