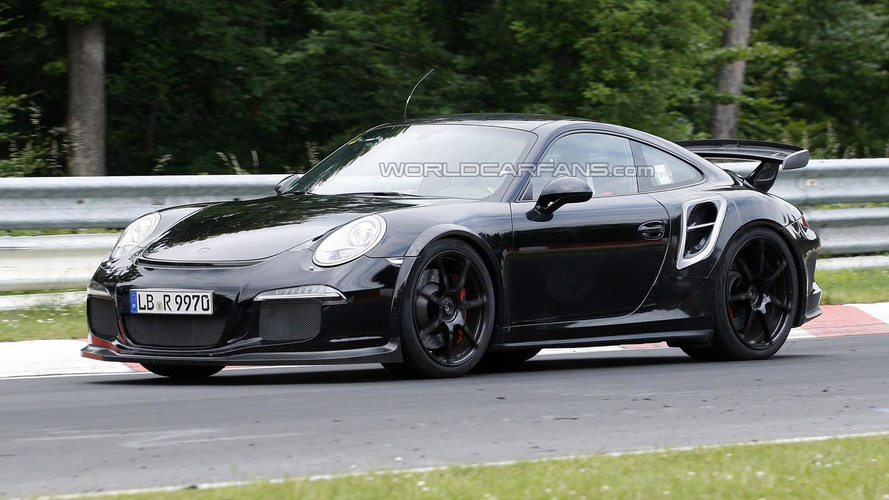 The 2014 Porsche 911 GT2 has returned in a spy video recorded at the Nürburgring in Germany.

The 2014 Porsche 911 GT2 has returned in a spy video recorded at the Nürburgring in Germany.

One of the new members to be added to the 911 (991) family next year is going to be the GT2 version which we can see in this spy video taken at the Nürburgring Nordschleife where a virtually undisguised prototype was spotted conducting some last minute testing.

It looks a lot like the GT3 but has gained bulkier wheel arches and wider rear fenders with beefy air intakes. Also noticeable are the more aggressive front and rear bumpers, the centrally-mounted dual exhaust setup and a large rear wing.

Expect to see the car next March at the 2014 Geneva Motor Show.