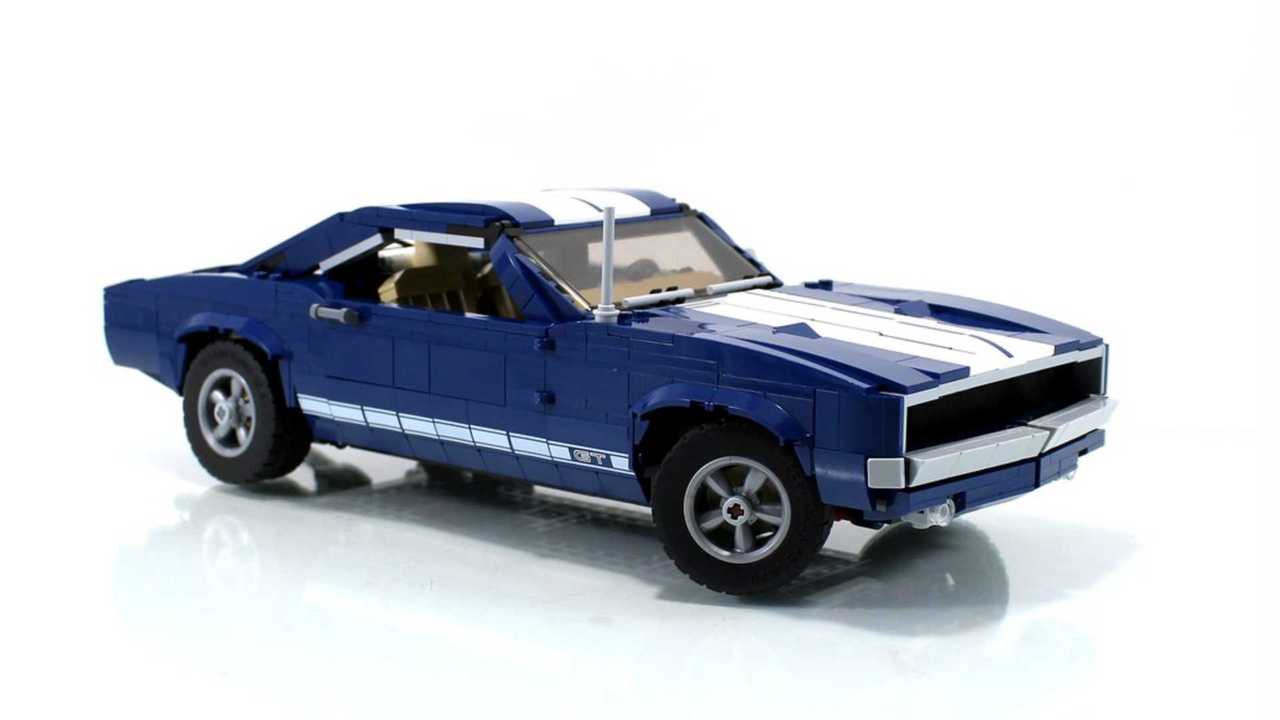 Turn Your Ford Mustang Into A Dodge Challenger With This Simple Guide.

The talented Lego community is home to some of the most fun car builds outside of your garage. Car enthusiasts can purchase Lego sets that look like their favorite car and also emulate similar drivetrain components with functioning transmissions, engines, and differentials to name a few. Outside of the fantastic kits Lego offers from the factory, there are many online sources where you can purchase kits imagined by dedicated Lego masters. Today we explore alternate builds from the Ford Mustang kit reimagined by Rebrickable user Abu-Jaber with some impressive versatility.

The 1471 piece Lego Mustang creator set, known as set 10265, allows you to build a 1960s inspired Mustang that can be transformed from a stock classic Mustang into an impressive drag racer thanks to some clever mods provided by Lego. This clever use of Lego bricks to build a perfect 60s Mustang is only eclipsed by the impressive remixes shared by Rebrickable user Abu-Jaber. We’ve previously shared Abu-Jaber’s 2020 GT500 remix of the 10265 Mustang kit which was an impressive reimaging of Lego’s 1960s Mustang into a modern Mustang.

Today we’re taking a look at two more of Abu-Jaber’s offerings on Rebrickable. First, his classic truck kit and then finally his Challenger kit. That’s right, if you purchase these plans you can turn a kit intended to build a 1960s Mustang into a Challenger and anger the Mustang gods. Besides the full Lego kit, you simply purchase the PDF instructions from Abu-Jaber’s Rebrickable page for a small fee and you’re off. This easy process is made possible thanks to the meticulous work performed by passionate Lego enthusiasts.

Cars may be an expensive hobby, but a small Lego kit may be a great alternative to purchasing yet another project car. Lego puts a great deal of engineering in these kits to make them a challenge for adult enthusiasts. If you’re into modifying your cars, there’s a growing Lego community for that as well.