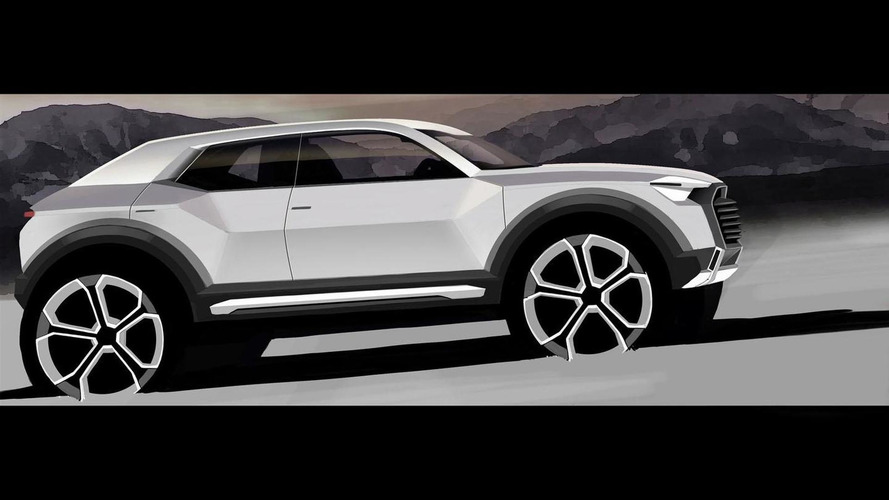 Audi has confirmed plans to build an entry-level Q1 crossover. It will go into production in Ingolstadt, Germany in 2016.

Audi has confirmed plans to build an entry-level crossover.

Set to go into production in 2016, the Q1 will be an "attractive" crossover that is built in Ingolstadt, Germany. The company declined to elaborate but the teaser image shows the model will be a five-door crossover with angular styling and plastic body cladding. We can also see a prominent grille, distinctive headlights and muscular fenders.

Little else is known about the model but previous reports have indicated it could be based on the Volkswagen Polo and measure 3.8 meters (12.4 feet) long.

Engine options remain a mystery but speculation suggests there could be a 1.4-liter TFSI, a 1.4-liter TDI and a range-topping SQ1 with 231 HP (170 kW). There could also be a hybrid variant - with a 1.2-liter petrol engine and a 109 HP (80 kW) electric motor - but nothing is official as of yet.

According to Audi Chairman Rupert Stadler, “The Audi Q1 is part of our broad-based SUV strategy. It is designed on the basis of the modular transverse engine concept and will round off our Q series at the bottom end."