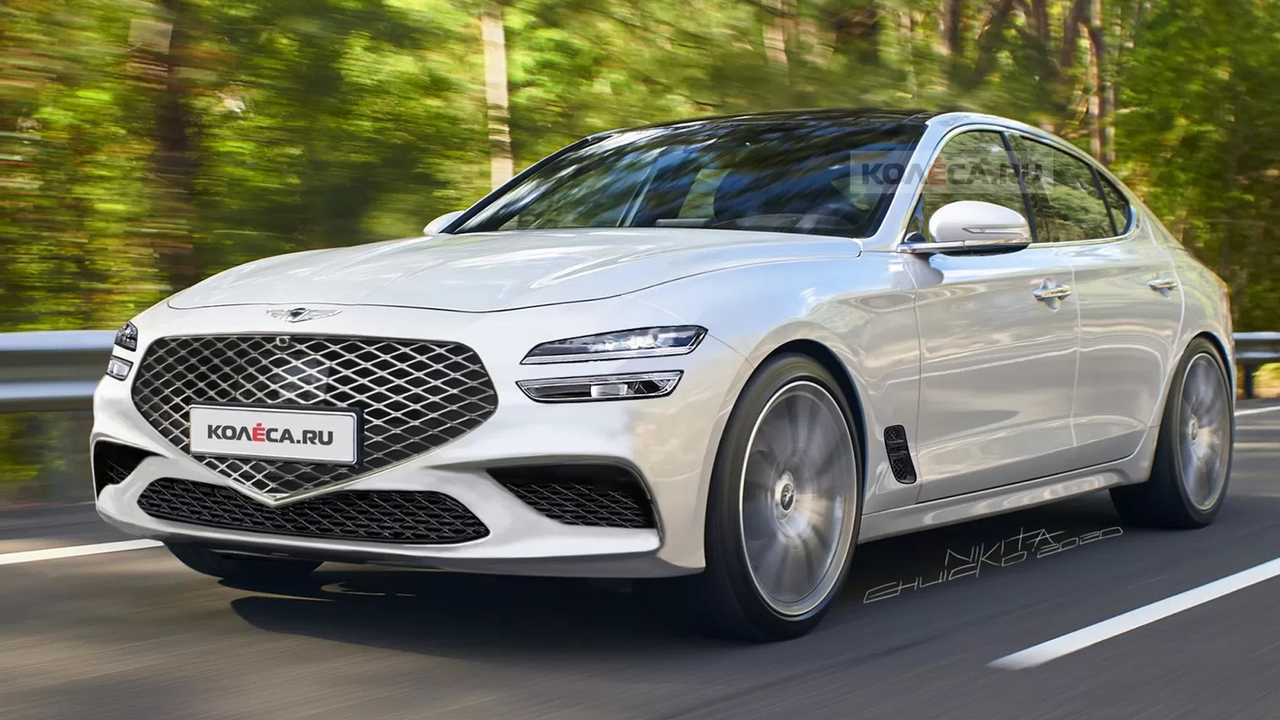 The new renderings are based on recent spy shots and leaked photos.

It’s no secret that Genesis is giving its G70 a makeover. The rest of the Genesis lineup already wears the new company grille upfront; between recent spy shots and leaked photos, we can see it gets a G80 makeover with dual-plane headlights and taillights. It didn’t take long for Nikita Chuyko at Kolesa.ru to run with the photos to create some outstanding renderings of how the updated G70 might look.

Front and center is obviously the big V-shaped grille that dips down into the lower vent at the base of the fascia. This is already confirmed based on spy shots we’ve seen that show the front end uncovered. Also confirmed are the trick headlights, which we’ve seen free of camo coverings as well. They mimic very closely the design revealed earlier this year on the handsome G80.

Moving to the back of the car, recent spy shots also provided fodder to create a detailed rear-view of the future G70. There’s another set of dual-bar lights, though the G70’s lenses won’t stretch quite as wide as those on the G80. The oval exhaust outlets are large and in-charge here – they’re too big to merely be called tips – and they blend well with the G70s refreshed rear fascia.

Inside, we’re expecting far less drama. Leaked photos show a familiar G70 interior, though a larger touchscreen display is expected along with a new steering wheel. New trim options could be offered as well. The powertrain is still a mystery though – previous reports suggested the G70 would get a larger 2.5-liter turbocharged engine, but the aforementioned leaked photos show a 2.0T badge on the rear decklid. It’s possible the existing 2.0-liter turbo could stay under the hood, or the larger engine could be offered in the North American market.

At this time, we expect Genesis to reveal the facelifted G70 in 2021. It will likely appear first in the Korean market, followed later with a North American debut for the 2022 model year.