Well, this is an odd group.

Drag races are great ways to judge the performance between cars. Often, rival makes and models will line up to race to the quarter-mile finish line to see which is quicker. But the latest drag race video from Carwow doesn't pit rivals in a race for segment supremacy. Instead, it's a quartet of oddballs – BMW M340i, Mercedes-AMG G63, Audi RS Q3, and VW T-Roc R. 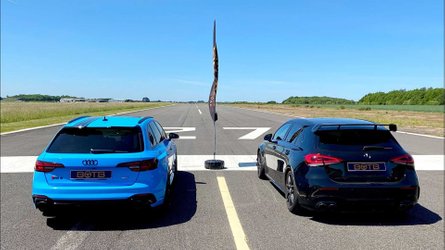 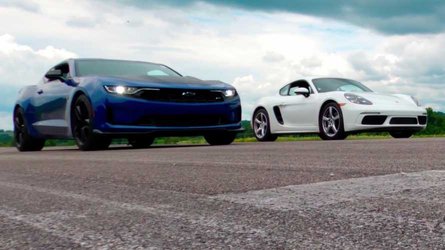 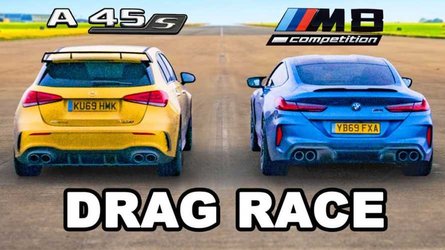 Can The Mercedes-AMG A45 S Beat A BMW M8 Competition In A Drag Race?
⠀ 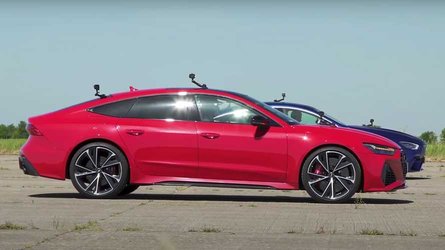 The first race has the four getting a fairly even start before the cars settle into their positions. The BMW gets a slight lead before pulling away from the others with the Audi struggling early. The G63 has the most power, but that power has the most weight to move, too, and it's not like the G-Wagen's aerodynamics help. The BMW clocked a 12.3-second quarter-mile time. The G63 came in second at 12.4 seconds, followed by the VW at 12.8 seconds and the Audi at 12.9 seconds.

Two rolling-start races were next with the BMW winning both. However, the Audi fared much better, beating the VW in both instances. The final event was a brake test. Audi won with the BMW and VW tying for second. The AMG came in last, but it's heavier curb weight didn't send it too far past its competitors.

The Drag Race of Oddities is a reminder that horsepower isn't all its cracked up to be if it's hauling around a ton of metal. Weight plays a vital role in performance, and the far less potent, and cheaper, BMW shows it has the chops to compete against a mammoth SUV.