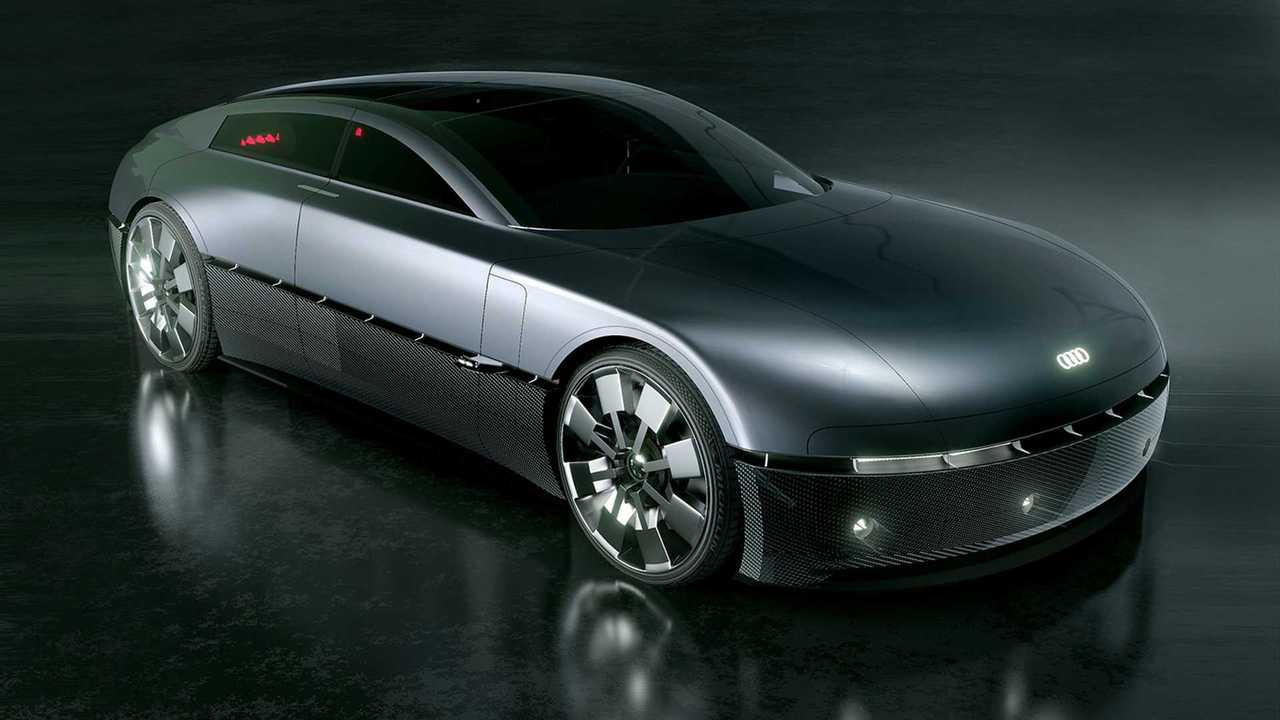 Ever wondered how a Jaguar Land Rover designer would envision an Audi of the future? Wonder no more as Jordan Gendler has done just that. He picked a good base to work on as his sources of inspiration were the original TT and the Rosemeyer, arguably one of the most spectacular Audi designs of modern times.

The end result is an imposing grand tourer with a five-door layout and an avant-garde exterior design. It has been envisioned with rear suicide doors and an extremely small greenhouse due to the heavily sloped roofline influenced by the Veyron-powered concept from 2000. The Rosemeyer cues continue with the wheel design and the wide taillights, while the prominent wheel arches are a nod to the Tourist Trophy.

The Artist's Sources Of Inspiration:

We’re being given the impression of an upsized TT of the future, possibly carrying the E-Tron badge. The artist doesn’t say what would power the imaginary GT, but it would make the most sense to have an electric setup. That said, the rear end appears to be hosting dual exhaust tips suggesting an internal combustion engine might be hiding underneath the long and imposing hood.

Speaking of the front fascia, the light-up Four Rings are complemented by a quartet of round LEDs mounted low on the bumper. The front end represents a departure from both the TT Mk1 and Rosemeyer and we’re intrigued by the full-width notch that splits the car into two. Not just at the front, but at the sides and rear as well. The lower section appears to feature a carbon fiber look and the side cameras have been embedded into the side notch to enable a cleaner look.

Jordan Gendler also envisioned a race car variant of his GT concept, complete with a giant rear wing and a massive diffuser. The track-focused derivative has a prominent front splitter that could easily double as a snowplow, while the side profile shows the rear doors have been ditched. The front wheel arches have a flat upper section with inlets for better airflow to cool the brakes, and the wheels themselves are different from what you’ll find at the back.

Coming back down to earth, the closest thing in Audi’s portfolio would have to be the E-Tron GT, although the production version won’t debut until towards the end of the year. The Porsche Taycan’s sister model won’t look nearly as striking as this GT concept, but nevertheless, the namesake concept from 2018 showed it will have an alluring appearance.