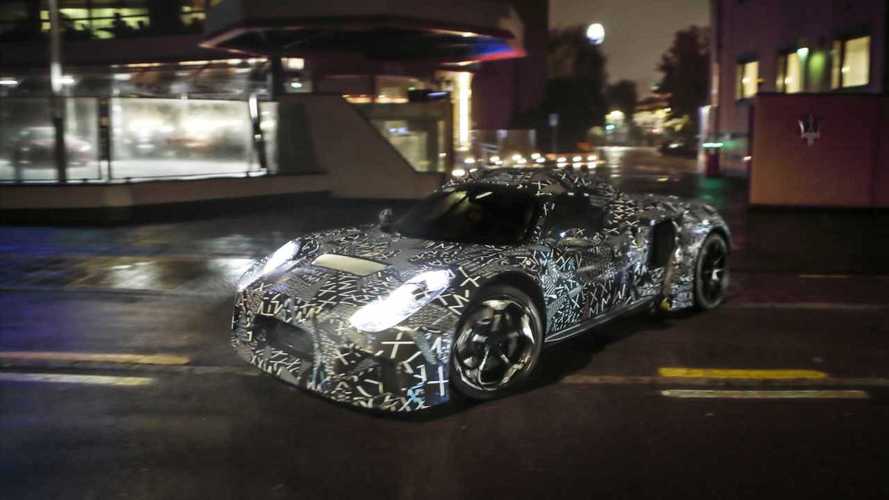 Maserati will use the V6 as a replacement for its Ferrari-sourced V8.

Maserati's forthcoming twin-turbo V6 will reportedly produce 542 horsepower (404 kilowatts) in some applications and displace 3.0-liters. After debuting in the MC20 mid-engine sports car, the powerplant will allegedly be under the hood of at least three more models, according to Automotive News Europe. The mill will be Maserati's replacement for its Ferrari-sourced V8.

In addition to the MC20, the new V6 will be available in the upcoming successors to the GranTurismo and GranCabrio. It'll be under the hood of a forthcoming smaller crossover slotting below the Levante, too, Automotive News Europe reports. The version for the sports cars will allegedly make 542 hp, and the crossover will have 523 hp (390 kW).

See What Maserati Is Working On:

Even the standard version of the engine will reportedly have a level of electrification. This is contrary to earlier reports that indicate there would be a separate hybrid model. It's possible that there could be multiple levels of electrical assistance.

The twin-turbo V6 will allegedly use a technology called turbulent jet ignition. The system uses the space usually for the spark plug to create a chamber for ultra lean-burning combustion. This setup boosts efficiency and reduces emissions. Mahle previously supplied similar tech to the Ferrari Formula One team, according to Automotive News Europe.

Maserati will be busy debuting new models for the rest of the year. The refreshed Ghibli will arrive with a hybrid powertrain on July 15, and electrically assisted versions of the refreshed Levante and Quattroporte will come later. The MC20 will have its unveiling in September after a delay from the original plan to premiere it in May due to the coronavirus pandemic. The smaller, still-unnamed crossover will arrive in 2021.