Exclusive: The Future Of Acura With Jon Ikeda

We have a chat with Acura Brand Officer Jon Ikeda on where the company is headed.

After languishing as a sort of Honda-plus product for several years, Acura is reinvesting in performance and luxury, setting itself apart from corporate cousins wearing an “H” logo. For evidence, look to the 2021 Acura TLX or 2019 Acura RDX, both of which ride on brand-specific platforms and feature bespoke Acura powerplants – the 3.0-liter turbocharged V6 in the TLX Type S – or flagship Honda engines.

With edgy design, zesty turbocharged performance, and an advertising campaign that resurrects the brand’s old “Precision Crafted Performance” mantra, Acura is a brand on the move. No one knows that better than longtime fanboy (and current brand chief) Jon Ikeda. 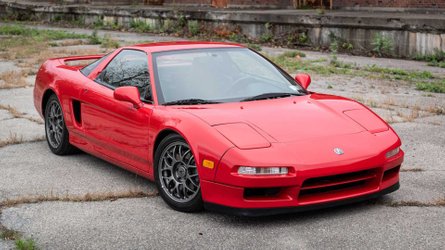 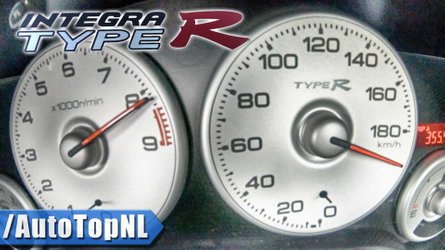 “The future of Acura is kind of the past Acura, a little Back to the Future happening here,” says Ikeda. “Back in the ‘80s, we came in with a unique vehicle and brand based in performance; that’s what our focus was.”

Ikeda isn’t shy about Acura’s recent history, though. After coming out of the gate strong with the Integra, Legend, and first-generation NSX, the brand fell into a sort of middle-management malaise, churning out things like the bland RL and Odyssey-in-drag first-generation MDX. Fine autos, sure, but nothing particularly exciting

“I think we had some growing pains with a little bit of wandering,” says Ikeda. “In your 20s, you do some crazy things. But once you’re in your 30s, you kind of know who you are a little bit.” As such, Acura is leaning into its performance heritage. The exec cites the company’s history with racing – going back almost to the birth of the Acura brand – and halo models like that aforementioned NSX and the sport-compact darling Integra Type R. “Step by step, we’re working our way towards where we should be.”

That introspection at the brand resulted in its return to racing with the NSX GT3 and ARX-05 prototype, making their debuts (in 2017 and 2018, respectively) at endurance and sports car races around the world. It also yielded the return of the NSX supercar for 2017, a model that we have driven – and loved – several times. And the aforementioned RDX is conquesting sales at 50 percent, meaning half of its buyers are new to the Acura brand.

“That gave us a lot of confidence going into what we were doing.” Ikeda says. “We’ve doubled down now with [the 2021] TLX, and obviously we’ll continue to go forward with the MDX and other cars that follow.”

Among those “other cars” will be faster, more exciting variants of existing nameplates.

“We are a performance brand first and foremost – we haven’t talked about luxury in quite a while now,” Ikeda says. In fact, Acura doesn’t use luxury in its primary messaging anymore, recalling the first two years of the brand’s existence, when the word was nowhere to be found in any official marketing. “The L word,” as Ikeda puts it, is not Acura’s focus. “We’re getting that feeling of fun and optimism coming back into our performance image.”

Part of that excitement will be the return of the Type S family. Leading the charge is the 2021 TLX Type S, which boasts a twin-scroll turbocharged 3.0-liter V6, performance-tuned 10-speed automatic gearbox, and standard Super Handling All-Wheel Drive technology. Though official numbers are yet to be released, we anticipate 350 horsepower and 380 pound-feet from the TLX.

“We’ve committed to this engine, and it’s not just going to be in one car,” Ikeda confirmed. “Type S is back, and we should have performance variants of all of our cars. A-Spec was a quick play for us” – referring to the sporty styling package that doesn’t necessarily add grip or speed – “but with this engine and this car and what’s coming in the future, we can just ground the brand.”

Try as we might, we couldn’t get Ikeda to officially confirm what was coming next from Type S, but we can expect it soon. The company has already committed to producing two performance variants by the 2021, meaning the next model should be revealed before the end of the year. It’s also unclear if the next Type S will be an existing Acura product or something yet to be revealed, but the smart money is that a totally redesigned MDX is on its way for 2021, bringing with it an optional 3.0-liter turbo six and that legendary red Acura badge.

The RLX will be discontinued after the 2020 model year, creating space in the company’s car lineup between the sporting TLX Type S and the flagship NSX. That led us to speculate on whether the brand might include other four-door sedans in its lineup above or below the TLX. Although Ikeda wouldn’t cop to specifics, he did acknowledge that if the brand were to come out with “a bigger sedan or a smaller car,” it would be designed foremost with performance in mind (including a Type S variant).

Ikeda’s history with Acura dates to 1989, including such greatest hits as working on the launch of the 1996 RL and penning the design for the company’s most popular product ever, the 2004 to 2008 TL. As such, Ikeda is uniquely positioned to speak about Acura’s future, and he does it with trademark flair.

“We want to make cool stuff in a very fun way,” he says. “I really believe that we can be successful, and one of the biggest things for us is, ‘Hey, you gotta be yourself.’”