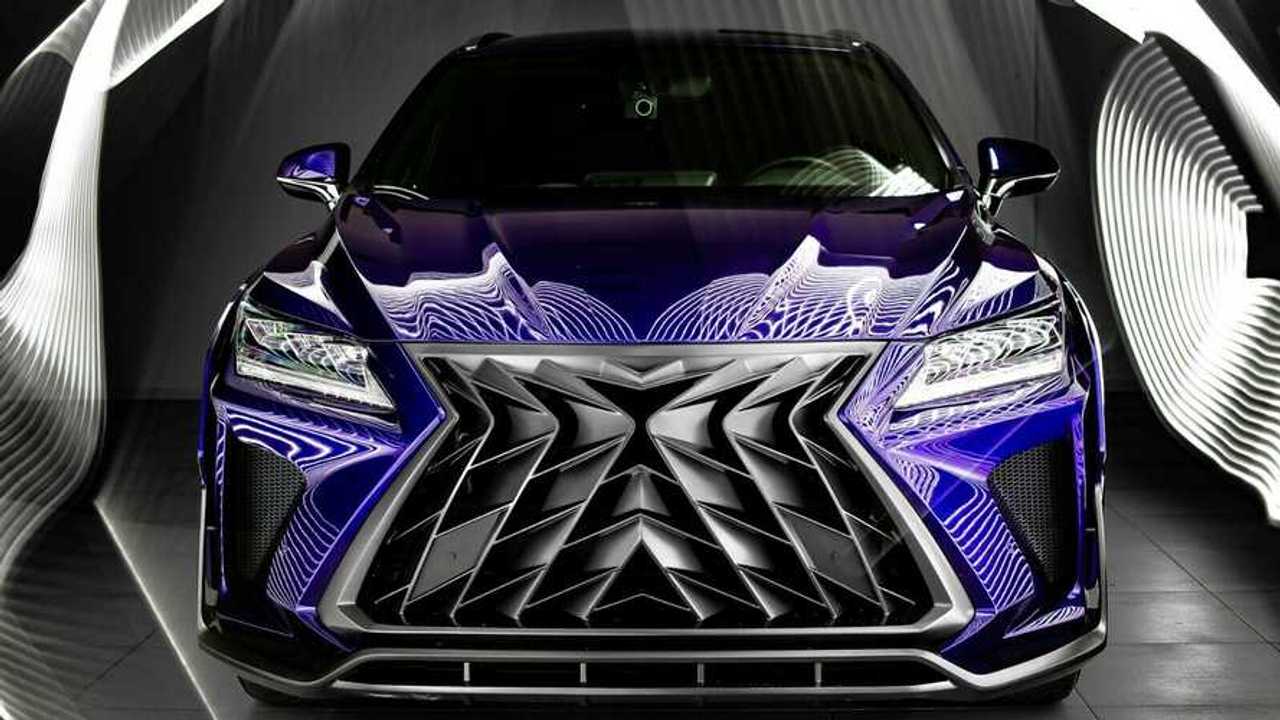 Here's how to make your Lexus look unique.

The Russian tuner SCL Global sells body kits for the Lexus RX and NX that give the Japanese premium crossovers an outrageous styling overhaul. It's definitely not a look for anyone who wants to remain anonymous on the road. A lot of people don't like the look of Lexus' spindle grille, but this doesn't seem like an improvement.

The company calls the RX kit Goemon. The most obvious styling change is at the front where there's a multi-faceted grille that has lines that lead the eye into the center of it. A tiny splitter is underneath, and there are huge inlets in the corners. The hood has sharp creases that run all the way to the windshield.

Lexus LC Gets A Full Arsenal Of TRD Upgrades In Japan
⠀

Blocky fender flares at both ends add even more angles to the revised body. At the back, SCL Global fits a roof spoiler with a jagged shape and an embellished spoiler beneath the window. A new diffuser has vertical strakes and an opening in the center for the exhaust.

Kotaro is the name for the Lexus NX body kit, and it has a very similar overall look. Like the one for the RX, the grille has a complicated array of vertical and horizontal elements the lead the eye towards the center of the design. The splitter is a bit different by having a more open shape than on the Goemon. The hood has a smoother shape with two openings near the windshield. The boxy fender flares are still here, though.

The parts at the rear include a new spoiler on the roof with edges that leads down to a similar piece beneath the window. There's now trim around the taillights. The diffuser has thick upright portions and mesh along the top. There's an opening for the exhaust in the center.

The kits are so wild, particularly in front, that we'd love to see how people would react to seeing one on the road. The confused looks would probably be worth driving such a weird-looking machine.