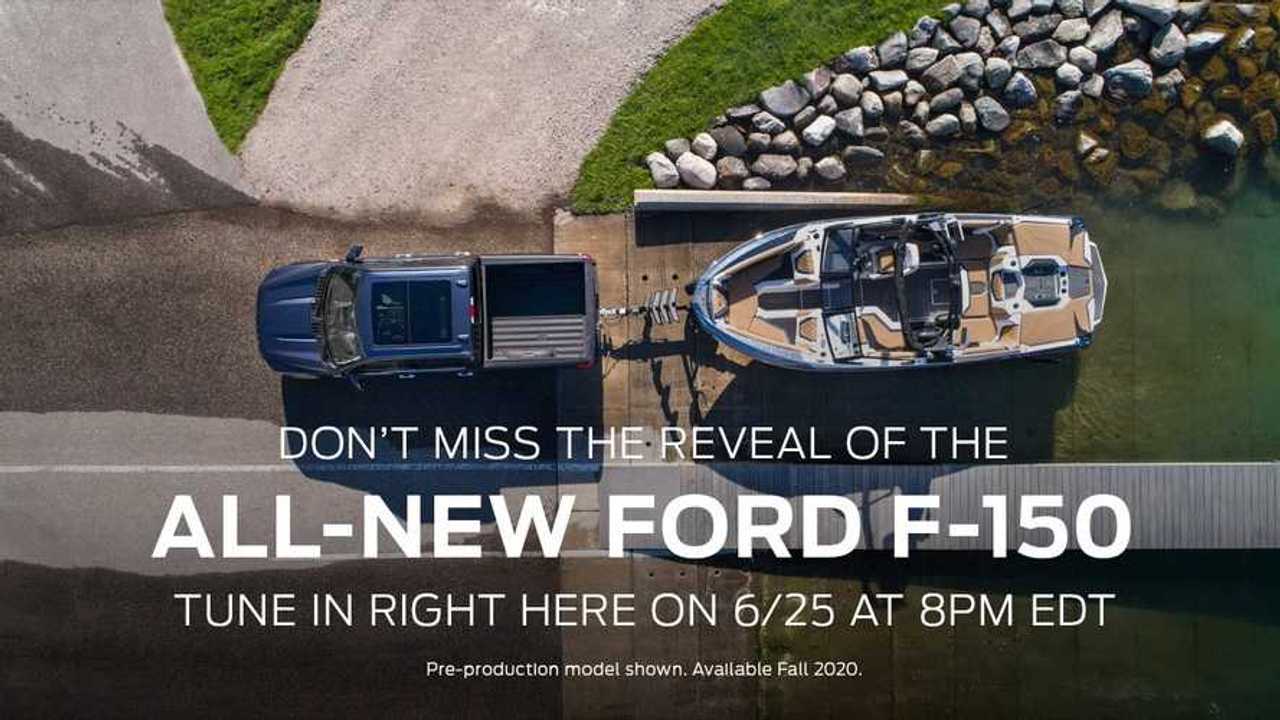 Counting the hours until the big debut.

We are just two days away from the debut of what could be best described as the most important new vehicle on the American market. The next-generation Ford F-150 will be revealed in full on June 25, and today the company has decided to share one final teaser in the preparations for the big unveiling.

This preview image shows the truck from above with a motorboat attached to it. It doesn’t tell us a lot about the design of the new F-150 as it is actually an invitation for the customers to watch the debut live stream scheduled for 8 PM EDT time on June 25.

“Get ready. The next generation of F-150 is coming. Tune-in for the reveal of the toughest, most productive F-150 ever, and targeted to be the most powerful light-duty full-size pickup,” Ford’s Facebook post says.

We’ve already spied a number of F-150 prototypes and the photos confirmed no major changes are planned for the exterior of the truck. Depending on the trim level, there will be several different radiator grilles, as well as wheel designs. One of the previous teasers suggested the model will switch to full-LED headlights.

Ford will reportedly put a big emphasis on improving the new F-150's interior and one of the new cool features it’ll have will be a flat-folding sleeping seat. Spy shots already confirmed the cabin will gain a huge screen that will dominate the center console and will probably feature Ford’s new SYNC 4 infotainment system. Over-the-air updates and an optional fully digital instrument cluster are also going to be a part of the mix.

We are literally counting the hours until the big debut. America’s best-selling vehicle for decades is ready to enter its next-generation so stay tuned for all the details.