Lamborghini Cabrera drops some of its camo in latest spy shots 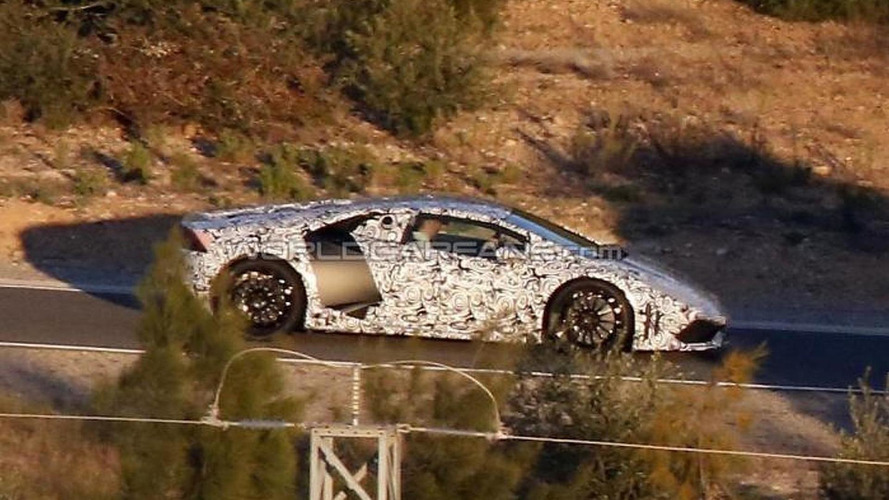 The Lamborghini Gallardo replacement has been spied once again, this time wearing slightly less camouflage than on previous iterations.

The Lamborghini Gallardo replacement has been spied once again, this time wearing slightly less camouflage than on previous iterations.

Less than a day has passed since Lamborghini released the first teaser for its upcoming Gallardo successor which is rumored to adopt the Cabrera moniker. Now, our spies sent a fresh batch of photos with the baby Lambo which could be revealed online before the end of the year. The prototype was spotted on a test track somewhere in southern Europe and from what we can see it will basically be a smaller Aventador mixed with some Sesto Elemento cues.

The new entry-level Lamborghini is expected to tip the scales at less than 1,500 kg (3,306 lbs) and will probably be powered by a V10 5.2-liter naturally aspirated engine churning somewhere in the region of 600 bhp (447 kW) sent to both axles through a dual-clutch 7-speed gearbox. The Cabrera will need an estimated 3.2 seconds to perform the 0-62 mph (0-100 km/h) journey and will likely be offered in a wide variety of special editions which will include more extreme rear-wheel drive versions. As far as we know, a manual gearbox is not taken into consideration.