More special editions will be present across Toyota's lineup.

If you're looking for more style in your next Toyota, then you're in luck. It seems that the 2021 Toyota C-HR and Toyota Avalon will be embracing the dark side, courtesy of the Nightshade Special Edition trim package. Essentially a blacked-out set of trim pieces, the news of a Nightshade Special Edition for Toyota's smallest crossover and largest sedan in North America came from a fleet bulletin that caught the eye of CarsDirect. It also means that Toyota is set to introduce 10 of these Nightshade Edition models before the end of the year.

There are no full details as to what the Nightshade Edition of these two Toyotas will bring, or what trim level they start at, but we can expect the Nightshade CH-R and Ava to have similar accouterments to the same previously reported editions of the Tacoma, Tundra, and Sequoia. The Corolla also has a Nightshade Edition, featuring blacked-out exterior badging, 18-inch wheels, lower fascias, door handles, and exterior mirror caps, which joined the lineup for 2020. Last year also saw the introduction of the Camry and Highlander in the same trim. So, as you can see, Toyota loves their special editions. 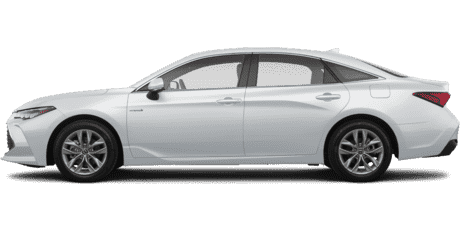 save over $3,400 on average off MSRP* on a new Toyota Avalon

The fleet bulletin also revealed that the Avalon XSE will be discontinued for 2021, with the Avalon Nightshade Edition taking its place. Avalon buyers will soon have a choice between a more aggressive TRD option and a more restrained yet still stylish blacked-out appearance.

Toyotas Can Be Very Fast, Too:

Will the Nightshade Edition be something you're looking forward to? It certainly beats some of Toyota's other "special editions", and if the premium is just right, it might be a good option for those looking for a little bit more in the looks department. Or could it be just another bunch of options that just bloat the lists of things that can be had with your next Toyota?