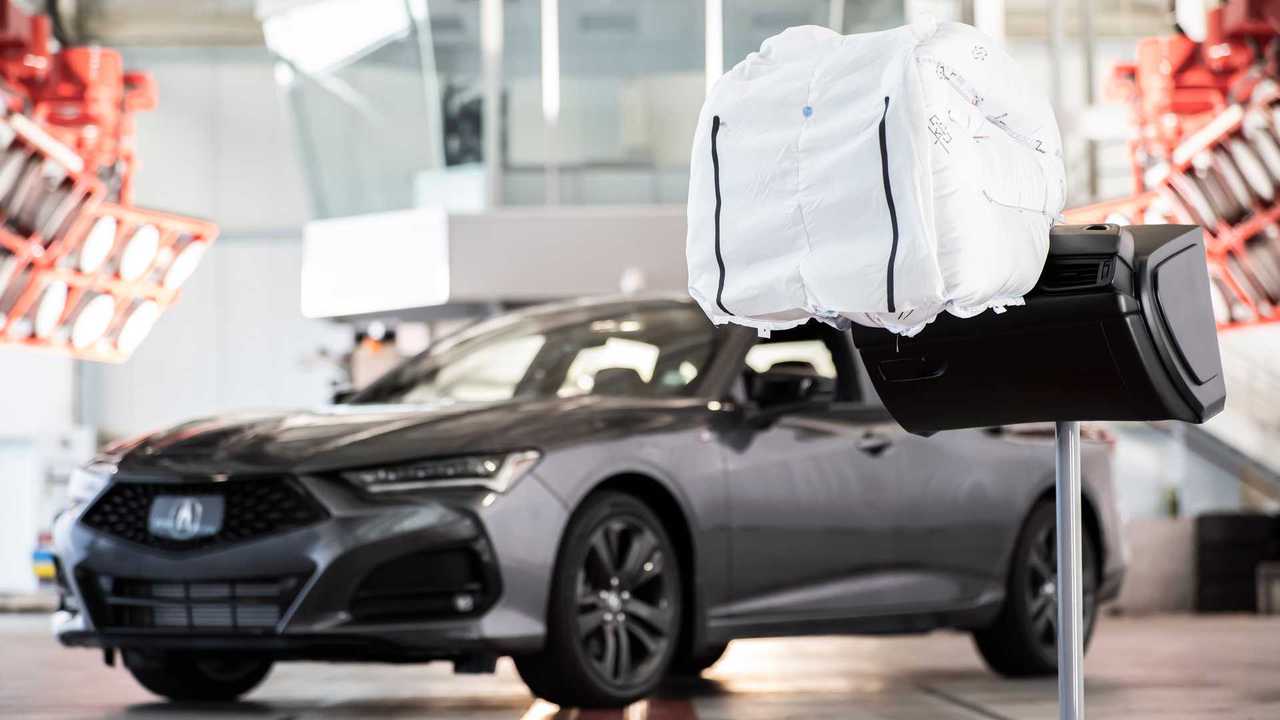 The 2021 Acura TLX is on its way, and we hot-blooded enthusiast types can’t help but salivate over its slick proportions, available SH-AWD torque-vectoring drivetrain, and bombastic Type S variant. But the Japanese luxury automaker wants the world to know that real-world safety and security were important goals for the new sports sedan as well.

One of the more novel features – overshadowed by the forthcoming Type S and its 3.0-liter turbocharged V6 – is a new, three-chamber passenger airbag that deploys in most frontal collisions. Viewed from above, the airbag takes on an unusual V shape, with the two side chambers angling out and projecting further away from the dashboard than the single center chamber. When the airbag is inflated, a flat “sail panel” unfurls between the outboard chambers, helping slow the passenger’s head and chest more gradually until they contact the center chamber. According to Acura, the sail panel and side chambers work like a catcher's mitt to begin absorbing momentum earlier, cradling the passenger's head, neck, and upper body to reduce injuries.

The TLX also comes standard with the AcuraWatch suite of active safety features, newly expanded in this application to include improved automated emergency braking and pre-collision warning that works in a wider variety of situations. Also new to AcuraWatch is driver attention monitoring, which analyzes the frequency and severity of steering inputs to determine if distraction or fatigue are coming into play. Furthermore, a traffic jam feature for the adaptive cruise control and lane-keeping assist system eases stressful gridlock by keeping the TLX centered in its lane and a set distance from the vehicle ahead.

To test their work, Acura’s safety engineers put the new sedan through safety tests beyond what’s common practice, including a new oblique-offset collision where a deformable sled strikes the TLX on its front corner at an angle, rather than head-on or perpendicular. According to Acura, all that effort should result in sterling five-star safety ratings from government authorities and a Top Safety Pick+ nod from the Insurance Institute For Highway Safety.