They're both SUVs but have practically nothing in common.

The High Mobility Multipurpose Wheeled Vehicle is better known as the Humvee or simply the Hummer and has decades of history as one of the primary vehicles in the US armed forces and other militaries around the world. Conversely, the Suzuki Jimny couldn't be more different as a tiny, Japanese SUV that mainly exists as an inexpensive, yet rugged off-road vehicle. In this video from Carwow, the two machines drag race.

This Hummer packs a 6.5-liter turbodiesel making 197 horsepower (147 kW) and 430 pound-feet  (583 Newton-meters) of torque. Conversely, the Jimny has a 1.5-liter four-cylinder making 101 hp (75 kW) and 96 lb-ft (130 Nm). In addition, the major differentiating factory between them is weight because the Suzuki weighs less than a third as much as the Humvee.

The Humvee Is An Impressive Performer: 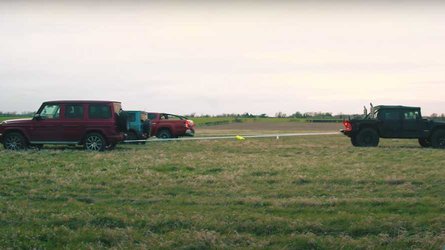 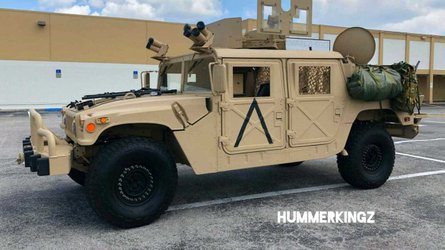 In the drag race, the little Suzuki easily beats the big Hummer. The Jimny's quarter-mile time of  18.4 seconds is hardly quick, but it's nearly 10 seconds quicker than the Humvee. This makes sense, though, because the H1 is a bonafide military vehicle. Speed isn't a major focus in comparison to attributes like durability, reliability, and survivability.

There's a similar result in the rolling race. Again, the Jimny drives away from the Hummer.

In the braking test, the Hummer shines, though. Despite weighing so much more than the Jimny, the H1 is able to come to a stop in a shorter distance than the Suzuki. That's some impressive deceleration ability.

While the Hummer continues to serve in the military, the name is also returning to the road for GMC's upcoming electric pickup. The truck allegedly packs an impressive output of over 1,000 hp (745 kW). 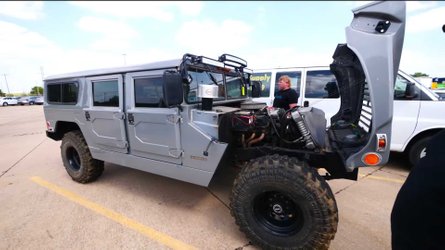