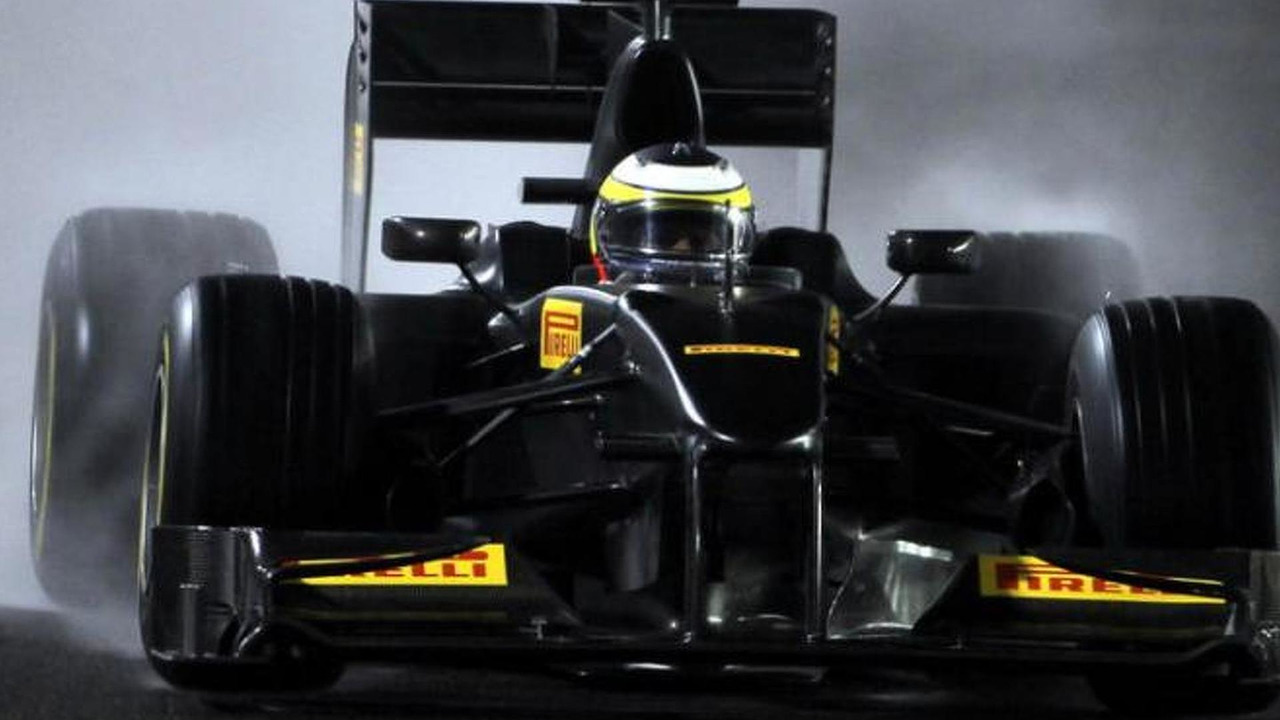 Pirelli is considering buying a new F1 test car from one of the teams. Already frustrated by the lack of testing opportunities, and the teams' collective reluctance to help, F1's official supplier b...

Pirelli is considering buying a new F1 test car from one of the teams.

Already frustrated by the lack of testing opportunities, and the teams' collective reluctance to help, F1's official supplier became further dismayed in Brazil when wet weather affected its plans to try the 2014 tyres in Friday practice.

"We wouldn't have brought it (the 2014 tyre) here if we didn't want to run it," motor sport boss Paul Hembery said.

It was a further frustration on top of a frustrating situation overall for Pirelli.

The Italian marque now wants to test the tyres in dry Bahrain in December, but the teams cannot agree about who should accompany Pirelli to the island Kingdom.

Germany's Auto Motor und Sport said McLaren is offering to provide a car and send personnel at its own expense.

"It would give our new driver Kevin Magnussen some more experience," admitted team boss Martin Whitmarsh.

But some teams, like Mercedes and Ferrari, reportedly believe another Pirelli-shod test for McLaren would not be fair.

"I think we all want to help Pirelli provide the best tyre they can," said Mercedes team boss Ross Brawn, "but it would be unfortunate if one team had the benefit of running a tyre to the exclusion of all the others."

Hembery said: "If the teams are not able to sort out the problem, we will buy a car -- just as we did previously with Toyota and Renault."

If Pirelli buys a car now, it would have to buy a 2011 model, according to the testing rules. But if it waits until January 1, it can buy a 2012 model.

But Hembery said Pirelli might actually go for a 2013 single seater.

"This is a grey area," Hembery said. "Actually, we can't be prohibited (from running a 2013 car) because we are not a competitor.

"We would use the data only for ourselves, and each team could send an observer if they want to," he added.

"It's like having to develop tyres wearing a blindfold," he is quoted by Italy's La Gazzetta dello Sport.

"No manufacturer, not Bridgestone or Michelin, would agree to return to F1 under these conditions," the Briton added.