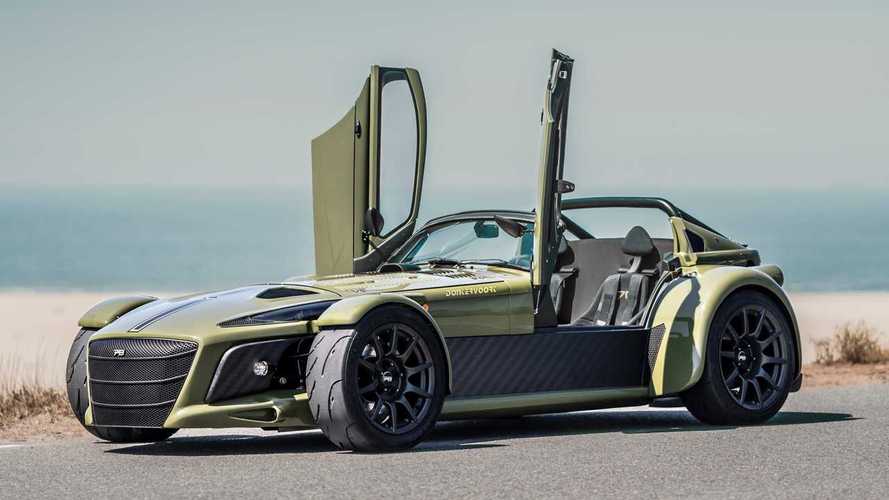 Only 70 of these road-legal go-karts will be built.

Last October, Dutch automaker Donkervoort teased us with renderings of its new road-legal D8 GTO JD70. It seems like a lifetime ago, but now the actual car is alive and kicking, and all indications point to this being a serious go-kart with face-warping capability. And we mean that literally.

Donkervoort calls this version of the D8 GTO "the first 2G super sports car." In this case, that’s not talking about wireless download speeds, but gravitational forces. The D8 GTO JD70 is capable of exceeding 2G of lateral acceleration in hard cornering, and it achieves that herculean level of grip on its standard-issue road tires. Admittedly, the stock tires are Nankang AR-1 competition-spec rubber, but they are road legal and it’s not like this is a car you’re going to daily-drive through rain and snow. In fact, just 70 are slated for production so it will be an extremely rare machine to see even at a race track.

When it does reach the track, it should be quite a machine. Power comes from an Audi-sourced 2.5-liter inline five-cylinder engine, turbocharged to the tune of 420 horsepower (313 kilowatts). Power goes to the rear wheels not through a snazzy dual-clutch transmission or even a six-speed gearbox. Rather, a close-ratio Tremec five-speed manual – significantly tweaked for sports car duty – handles the cog swapping. Donkervoort says the thick torque band of the Audi engine only needs five gears for optimal performance.

The D8 GTO JD70’s weight is also a big factor in going with a five-speed. The car checks in under 1,543 pounds (700 kilograms) thanks to the prolific use of carbon fiber for the body. The tubular steel ladder frame is also infused with carbon fiber for both strength and lightness, and the JD70 is also the first Donkervoort to offer electric power steering. Double wishbone suspension with adjustable dampers and springs are at all four corners, and despite the lack of weight, it still uses six-piston calipers for the brakes up front. A second set of six-pots are optional at the back.

As you’ve likely surmised by now, the D8 GTO JD70 doesn’t simply corner like a beast. With over 400 hp in such a lightweight package, Donkervoort says this car pulls over 1G on acceleration, reaching 62 mph (100 km/h) in 2.7 seconds. 124 mph (200 km/h) takes just 7.7 seconds. Flat out, the JD70 will reach 174 mph (280 km/h) and though it’s certainly a track-taming machine, it’s also emissions compliant and designed to work on the road as well.

Of the 70 cars slated for production, Donkervoort says half are already spoken for. Pricing for the D8 GTO JD70 starts at €163,636 and no, you can’t get it in the United States.