Both vehicles are strong sellers, but Ford's SUV lineup will soon be very crowded.

Update: A spokesperson for Lincoln responded to Motor1.com's request for more information with the following statement:

The Nautilus plays and will continue to play an important role in Lincoln’s growing SUV portfolio which includes the Corsair, Aviator and Navigator. Lincoln is investing in growth segments like SUVs and we have no plans to exit the segment.

Ford has not returned messages for statements regarding the Edge.

Sport utility vehicles and trucks reign supreme as the cars-of-choice in America. A couple of years ago, Ford doubled down on that by announcing a complete departure from sedans and hatchbacks in the States, leaving the Mustang as the only traditional car in the lineup. Now, a new rumor suggests some SUVs could be getting the ax very soon, and frankly, it’s a bit shocking.

A report from The Detroit Bureau cites data-driven company Auto Forecast Solutions as saying the Ford Edge and Lincoln Nautilus could be dropped. The report offers a vague timeline of 2023 for this to happen, with replacements for the Edge and the Edge-based Nautilus allegedly in the works. There are no definitive sources for the info, however, and Ford didn’t immediately respond to requests for comment on the situation.

Living On The Edge:

Stepping back to look at the broader picture, one finds evidence to both refute and support the rumor. On the surface, dropping the Edge and Nautilus seems rather ridiculous – the Edge is one of Ford’s top-five sellers and for 2019, sales were up 3.3 percent to 138,515 units. With many automakers reporting big sales drops in coronavirus-affected 2020, the Edge still had a decent first quarter with sales down just 4.3 percent. As for the Nautilus, it’s actually Lincoln’s best-selling vehicle with 31,711 sales in 2019, an 11-percent rise. These aren’t stats you’d expect to find on models facing imminent death, and it certainly casts doubt on the validity of the rumors. 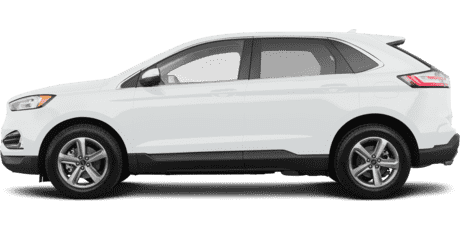 However, we know Ford has done this before. The Fusion sedan is dead, but it’s also in Ford’s top-five sellers list so the company is certainly keen on taking some risks. Looking further into the future, there are also three new SUVs waiting in the wings, namely the reborn Bronco, Bronco Sport, and the all-electric Mustang Mach-E. Ford’s lineup will soon be very crowded with SUVs and The Detroit Bureau’s report makes light of this.

The Edge isn’t as popular as the Explorer or Escape, so making room for fresh blood in Ford’s fleet could well mean the Edge’s demise. That would also end the Nautilus, which is currently in a sales freefall after having a strong 2019. Through the first quarter of 2020, Nautilus sales are down a full 33 percent.

Should Ford offer additional insight into the situation, we’ll certainly step in with an update.