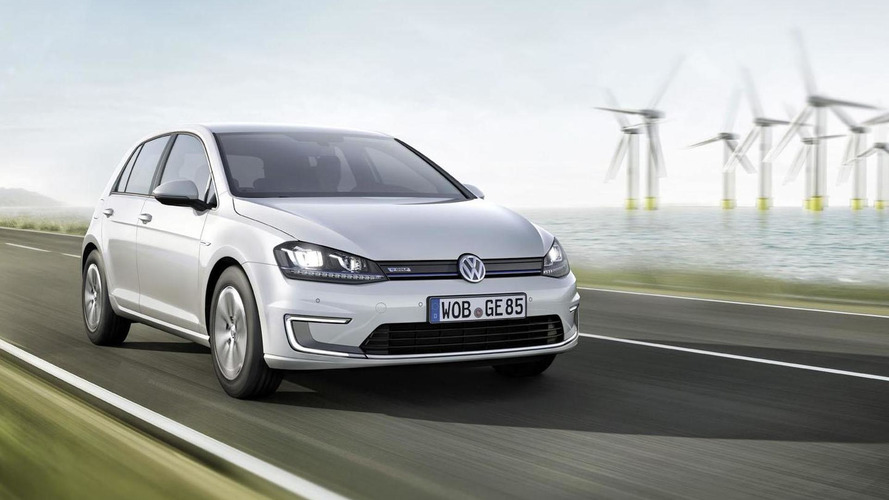 Volkswagen has arrived at the Los Angeles Auto Show with the E-Golf, Design Vision GTI concept and the CrossBlue Coupe concept.

Volkswagen has arrived at the Los Angeles Auto Show with the E-Golf, Design Vision GTI concept and the CrossBlue Coupe concept.

The striking Design Vision GTI concept is also being exhibited in L.A., following the car's debut several months ago at Wörthersee. The concept is based on the Golf VII GTI but wears a considerably more aggressive body kit and 20-inch alloys. Power is provided by a V6 3.0-liter twin-turbo engine rated at 496 bhp (370 kW) and 560 Nm (413 lb-ft). Output is sent to all four wheels via a DSG transmission which grants the vehicle with a 0-62 mph (0-100 km/h) run in 3.9 seconds prior to hitting a top speed of 186 mph (300 km/h).

Lastly, the CrossBlue Coupe concept is making a public comeback after being exhibited in April at Auto Shanghai. Since then VW has updated the car's specifications by reducing the overall range from 739 miles (1,190 km) to 570 miles (917 km). In addition, they also lowered the electric-only range from 20.5 miles (33 km) to 13 miles (20.9 km). We remind you the concept features a plug-in hybrid setup encompassing a V6 TSI and two electric motors.

Check out the press release area (three pages) for further info about all cars.