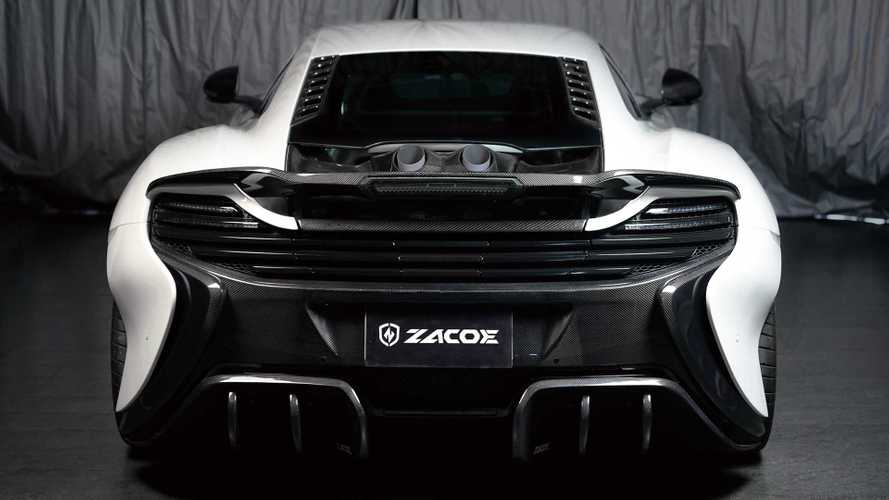 When supercars exhausts shoot more flames, we all win.

One of the best parts of mid-engine supercar design is the designer’s ability to sculpt aggressive lines and expressive design elements into the final production car. Supercars allow for more fun when compared to normal consumer goods which are built to stricter and more cost-effective standards. In recent memory, one of our favorite design elements is the flame-spitting top exit exhausts of the limited-edition McLaren 600LT. Up until now, the 600LT or McLaren Senna was the only way to get top exit exhausts on your McLaren. Luckily a Taiwan based firm is now offering flame-spitting top exit exhausts for your McLaren MP4 and 650S.

Buildings an exhaust for a McLaren is a little different than your typical aftermarket exhaust construction. In a McLaren supercar, tolerances are tighter, temperatures are higher, and customers expect more. This challenge was undertaken by two firms who collaborated on the exhaust and carbon fiber components needed to move the exhaust to a top mount location.

To accommodate the new top exit exhaust, firm Zacoe designed the carbon fiber exhaust trim and the now exhaustless bumper. The new trim was engineered to help improve performance while also preventing the exhaust from setting parts of the car on fire. The clever valved exhaust system is developed and produced by Frequency Intelligence (FI). This system allows the engine to breath better thanks to its shorter length compared to stock while also allowing the customer to control the sound level thanks to a valve system within the exhaust.

Mercedes SLR McLaren By Mansory Is The Batmobile Of Tuned Cars
⠀

Clever engineering and attention to detail make this the perfect exhaust system for McLaren MP4 and 650S owners who are tired of this stock supercars. A much louder exhaust that shoots massive flames, I cannot imagine that’s something you’ll get bored of very quickly. If you’re in the mood of a quitter driving experience simply hit a button and calm down your road-going flame thrower to sound levels you can endure for long durations.