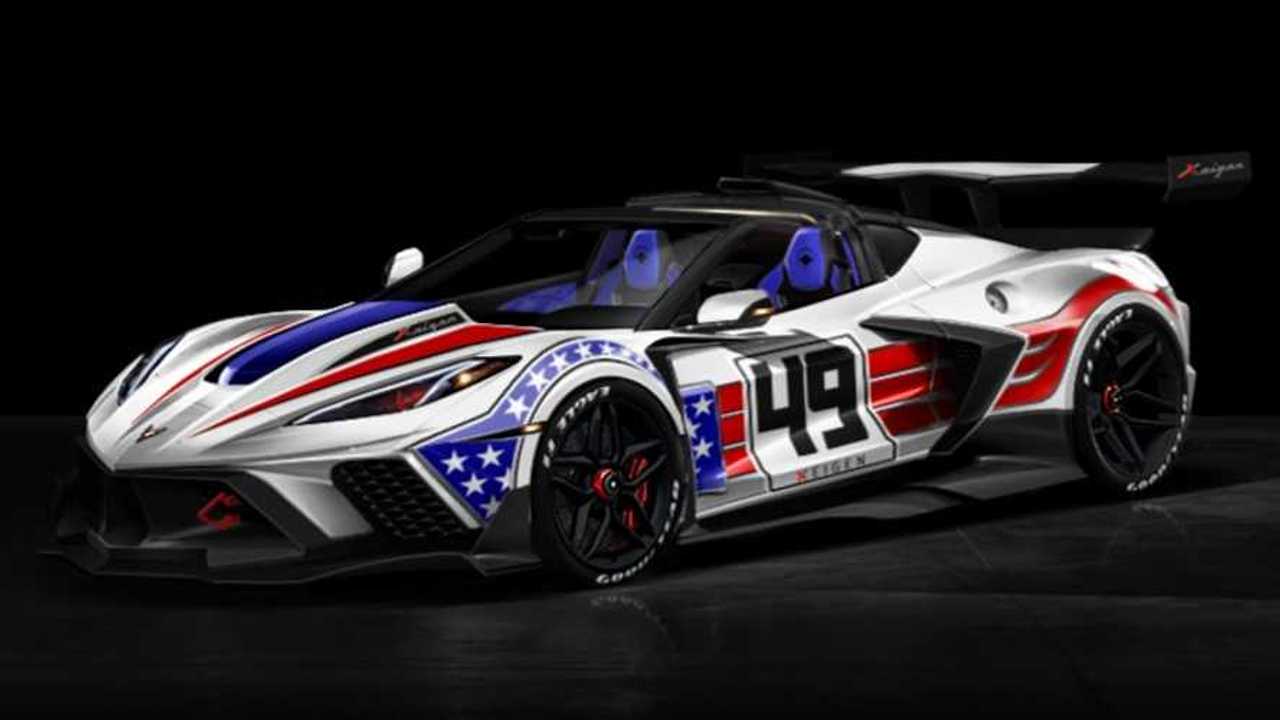 Real versions should be complete in 2021.

The 2020 Chevrolet Corvette is already quite wide, particularly at the rear where the inlets in the fenders force an extension of the bodywork. Now, a company called Xiegen wants to make the 'Vette even broader by creating a wide body kit. The design takes inspiration from the C3 Corvette race cars that raced in the 1970s. Currently, the vehicle only exists in renderings, but Xiegen wants the project completed in 2021. When done, there would be performance updates, too.

In front, Xiegen intends to give the Corvette a much larger and very pointy splitter. The inlets in the corners are larger and sit at a steeper angle. In the middle, there are two uprights that split this section into three openings. The hood also gains significantly more sculpting, including a large hump in the middle. This element is a cue from the C3 race cars but makes less sense from a functional perspective since there isn't an engine underneath the panel that needs this extra room or additional airflow.

2020 Chevy Corvette Looks Like A Legit Supercar With Lambo Doors
⠀

Around the sides, the fenders wider at both ends and broader sills run between them. The inlet in the rear fender has a pointier shape. At the back, there's a cutout to make room for accessing the fuel filler.

It's a bit more obvious when viewing Xiegen's design from the back, but there's an inlet on top of the roof for directing cool air into the engine bay. The tail also has a spoiler on the tip of the rear deck, and there's a massive wing that attaches between the taillights. A circular exhaust pipe exits out of each corner in the lower section.

Xiegen also has a version of this body kit wearing a Stars & Stripes livery. It's a design that comes straight off the '70s Corvette race cars.

There are no details about the intended performance upgrades, but the C8 aftermarket is expanding rapidly, so there should be plenty of options available to boost the V8's output.