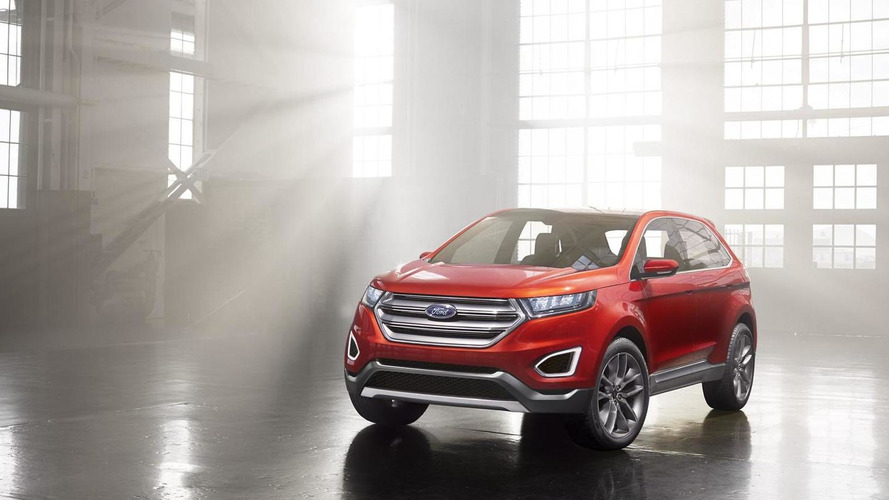 Ford is showcasing at this year’s Los Angeles Auto Show the Edge concept which serves as a preview for a large SUV that will be sold globally.

Ford is showcasing at this year's Los Angeles Auto Show the Edge concept which serves as a preview for a large SUV that will be sold globally.

Just like reports indicated, Ford has unveiled the Edge concept which not only gives us a first glimpse of an upcoming large SUV but it also previews some of the new technology and styling changes which will be seen on future SUVs from Ford.

One of the most important technologies implemented in the concept is fully-assisted parking which enables the owner to park the car by simply pressing a button and he can even do it by remote control. It's able to do this by using ultrasonic sensors to detect a perpendicular parking space. Similar sensors are used for an automated vehicle control technology for an advanced obstacle avoidance system.

The Ford Edge concept also comes with adaptive cruise control, active park assist and a lane-keeping system, while the blind spot information system makes use of sensors mounted in the rear corners to monitor the spaces available next and behind the vehicle.

It's wearing a Copper Flame exterior paint and comes with LED technology for both headlights and taillights. Inside it has a large 10-inch touchscreen display with MyFord Touch, a leather-covered instrument panel, bespoke steering wheel and gear shifter, together with a floating binnacle top and bright work on the air registers, door-release bezel and armrest.

Details about what powers the Edge concept have not been provided, but most likely it has an EcoBoost engine. A production model is expected to come out in a couple of years and will be sold globally.

Further details are available in the attached press release.