It'll be discontinued after the 2020 MY.

Approximately a month ago, Acura confirmed the RLX will be discontinued in North America after the 2020 model year. It’ll remain on sale in other regions of the world under the Honda Accord moniker but you’ll have just a few more months if you want to get one in America. In fact, if you hurry up, you can get a pretty good deal for a brand new example.

CarsDirect shines more light on the latest incentives for the luxury sedan in a new report, where it says you can get a massive $11,000 dealer cash incentive on all versions of the 2020 RLX - one of the biggest new car discounts we’ve seen lately. In addition, Acura is offering a $1,000 loyalty discount, up by $500 from the previous offer.

Compared to the discounts for the model available a few months ago, it turns out you can get a 50-percent larger bonus now. For a comparison, offers on all RLX models have sitting at about $7,500 dealer incentive plus a $500 loyalty bonus for months. Or, if you do the math, from $8,000 to a whopping $12,000 off MSRP.

The RLX has never been a strong seller for the Japanese premium brand. In 2018, when it was heavily refreshed, only 1,931 units were sold and last year this number dropped to just 1,019 units. Prices for the 2020 model year kick off at $55,925 for the standard sedan and $62,925 for the hybrid-powered model.

The luxury sedan is also among the vehicles that have the highest depreciation ratings on the market. According to a recent study, the RLX loses almost 70 percent of its value in a period of five years. 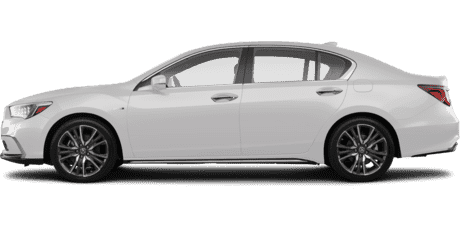