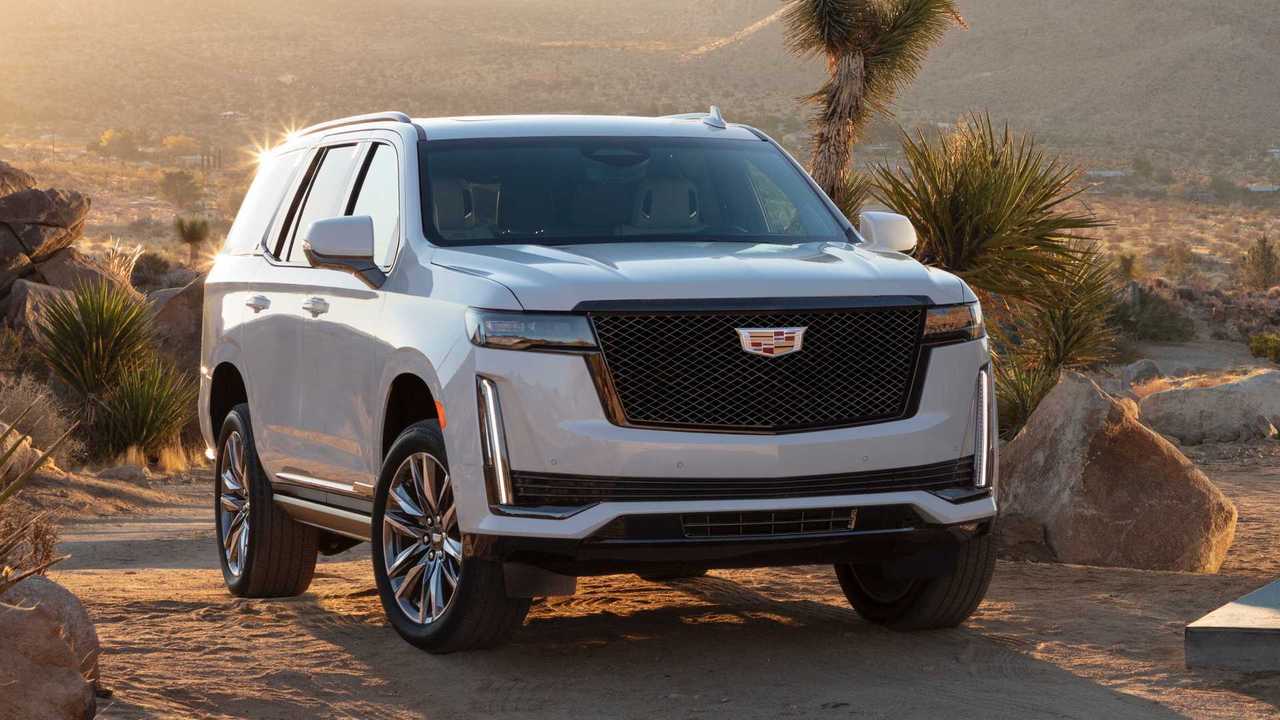 The brand’s new engine nomenclature makes its way to the oil-burning SUV.

Like all other Cadillacs, the 2021 Escalade diesel will get a badge on the back that roughly corresponds to its torque rating. Reading “600D,” the new badge falls in line with other cars from the automaker’s lineup. The 2021 Escalade’s available 3.0-liter inline-six diesel engine, which produces 277 horsepower (207 kilowatts) and 460 pound-feet (623 newton-meters), will be badged 600D, a number based on its metric torque output rounded to the nearest 50.

The unusual convention has been something of a head-scratcher ever since Cadillac revealed it on some of its 2020 models, including the CT5-V. Prior to that, models called out their engines’ displacement and aspiration. For example, 2.0T denoted a 2.0-liter turbocharged engine, 3.6 a naturally aspirated 3.6-liter engine, and 4.2TT a 4.2-liter twin-turbo engine. Now, the badge only calls out a rough newton-meter measurement and aspiration – both single- and twin-turbocharged cars get one “T,” while a first-in-decades Cadillac diesel engine will get a “D” at the end.

The non-diesel Escalade, which takes its motive force from a 6.2-liter gasoline V8, will feature a “600” badge on the back, corresponding to the same 460 lb-ft (623 Nm) of torque as the diesel. The naturally aspirated gas engine will get no letters in its appellation though.

To its credit, the 2021 Cadillac Escalade will offer the diesel as a zero-cost option that boasts significant efficiency upgrades over its gas counterpart. While the EPA hasn’t officially weighed in on the matter, in GM products that offer both the 6.2-liter V8 and the 3.0-liter diesel like the Chevrolet Silverado and GMC Sierra, the oil-burner improves fuel economy by about 6 miles per gallon in both city and highway drive cycles. Based off of the EPA's ratings for the gas-powered Caddy, we’d expect a large, luxurious, and rather heavy 2021 Escalade diesel to achieve 20 city / 25 highway / 22 combined mpg.