Chevy Malibu Rumored To Get The Axe After 2023MY

One more sedan could bite the dust.

The Chevrolet Malibu allegedly won't get a new generation, and Chevy will retire the sedan for the 2023 model year, according to info obtained by GM Authority. Given the increasing popularity of crossovers rather than sedans, the decision wouldn't come as a surprise if this info is accurate.

Motor1.com reached out to Chevrolet for comment about this rumor. We were told: "We will not engage in the speculation on potential product adjustments. Malibu remains in the Chevrolet product line-up."

Chevy telegraphed that the Malibu might not have a long future last year when the company decided to drop the hybrid model for the 2020 model year. Even at that time, there were rumors that the Bowtie intended to axe the sedan entirely at the end of its lifecycle.

The Malibu name dates back to 1964 when it was the range-topping version of the . It became the actual moniker for Chevy's midsize sedan for the 1978 model year, and the title went away for the '83 model year. In 1997, the Bowtie brand revived the Malibu, and it has been around ever since then.

Chevy most recently updated the Malibu for the 2019 model year when the company refreshed it. A sporty RS model joined the lineup that included a black body trim, a dual-exit exhaust, and 18-inch wheels. 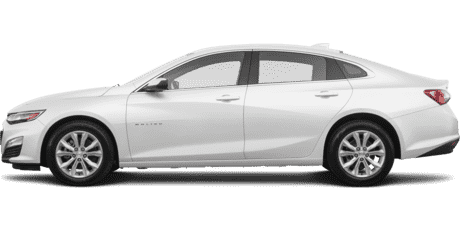 save over $3,400 on average off MSRP* on a new Chevrolet Malibu