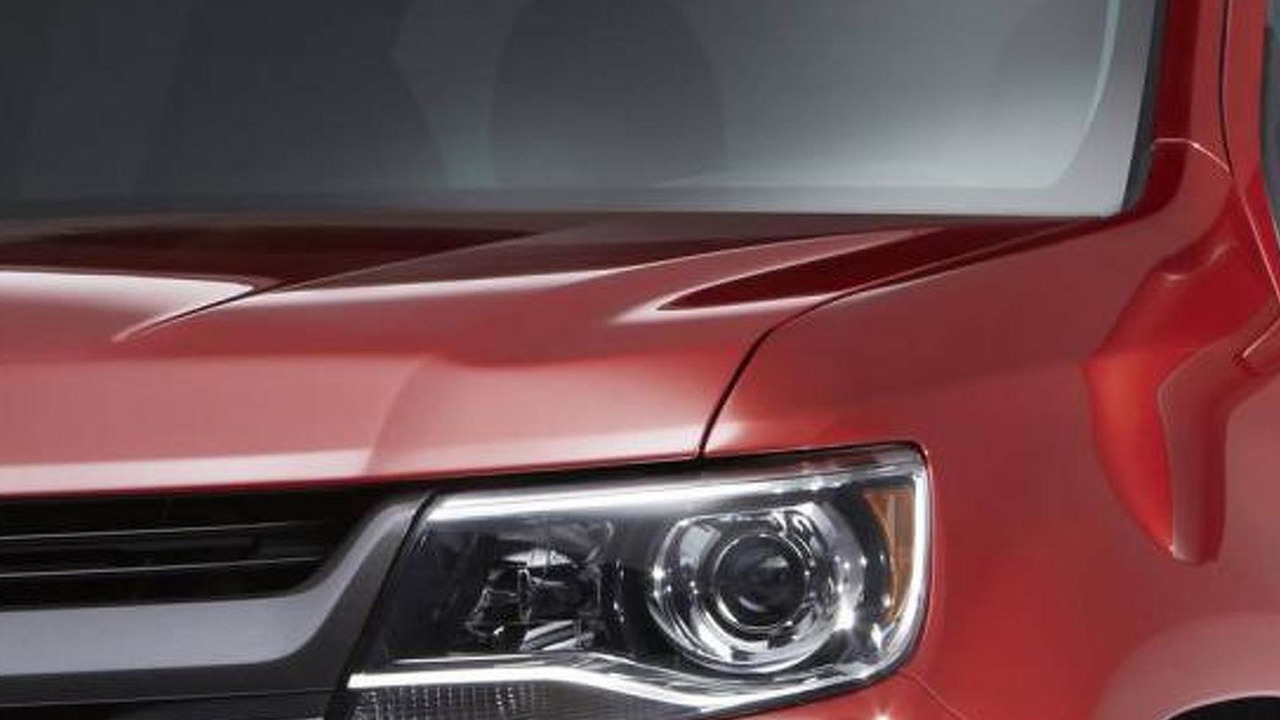 Spy photographer Chris Doane has posted a mysterious teaser image on his Facebook page. It appears to show the 2015 Chevrolet Colorado.

While Doane declined to say what the picture shows, it appears to be the 2015 Chevrolet Colorado which is slated to be unveiled at the Los Angeles Auto Show on November 20th.

The image doesn't reveal much but it shows the US-spec model will be distinguished by a new front fascia with angular headlights and a revised grille. We can also see a new hood and familiar mirrors.

Chevrolet has been relatively coy on specifications but has previously said the Colorado will be "most capable, most versatile and technologically advanced midsized truck in the market."

Engine options remain a mystery but we won't be surprised if the truck is offered with a four- and six-cylinder petrol engines. There have also been rumors about a diesel variant which could use either a 2.5- or 2.8-liter turbodiesel four-cylinder engine.