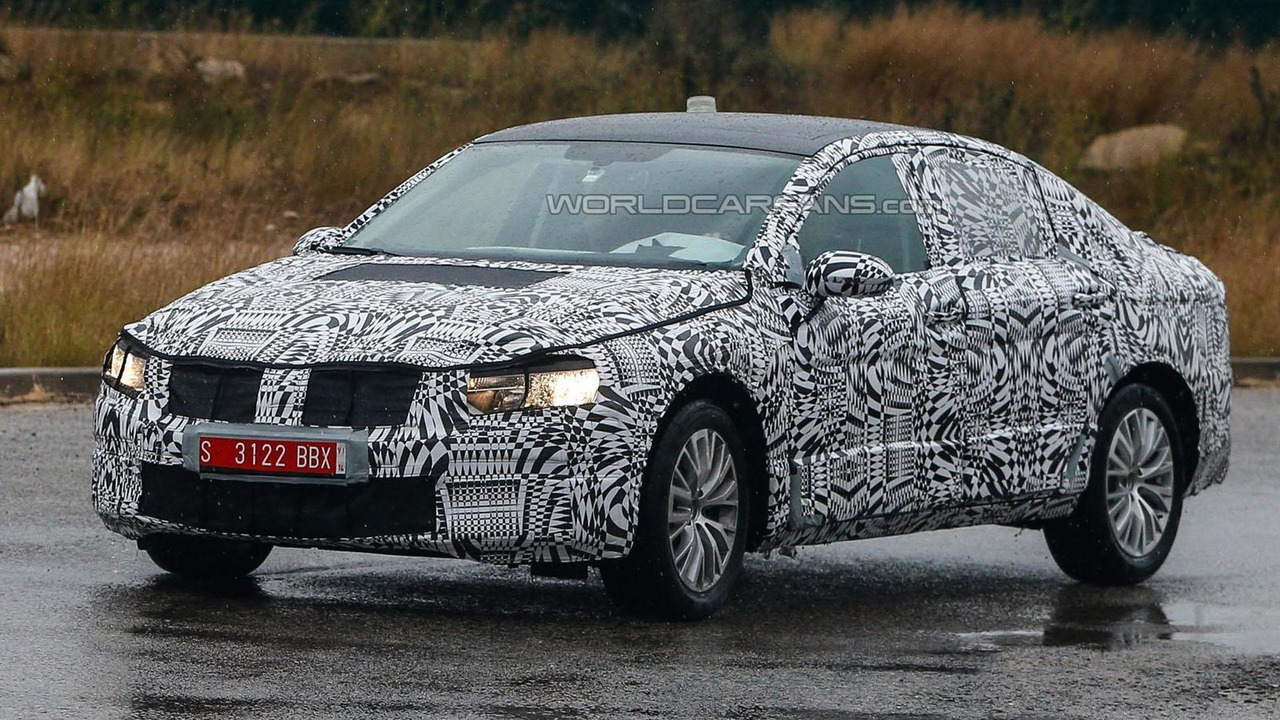 The 2015 Volkswagen Passat has been spied wearing its production body for the first time.

The 2015 Volkswagen Passat has been spied wearing its production body for the first time.

Caught undergoing testing in southern Europe, the redesigned model has evolutionary styling which appears to incorporate a number of cues from the CC. The camouflage hides a lot of details but we can see the model will have curvaceous bodywork and a prominent grille that is flanked by large headlights. The car also has a sloping roofline, restyled mirrors and stylish taillights.

Little else is known about the model but it is slated to ride on the MQB platform which should enable it to be lighter than its predecessor. We can also expect an upscale interior with an improved infotainment system and a variety of assistance systems.

Nothing is official but the Passat could be unveiled at the 2015 Frankfurt Motor Show with sales starting shortly thereafter.