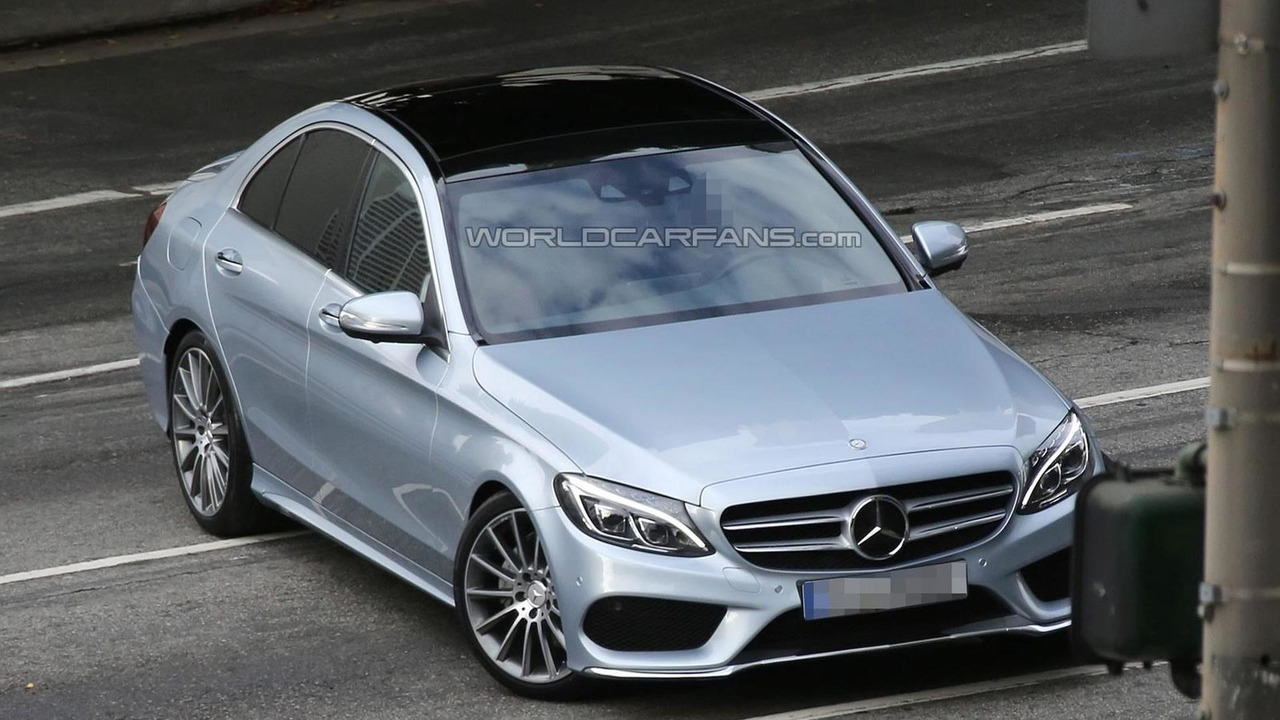 We have just received a fresh batch of spy photos with the 2014 Mercedes-Benz C-Class completely undisguised.

We have just received a fresh batch of spy photos with the 2014 Mercedes-Benz C-Class completely undisguised.

This isn't the first time we are seeing the new C-Class without makeup but these latest photos are considerably much better. They were taken while the car was participating in a shooting of a commercial and as you might have guessed already this is the variant equipped with the AMG styling package.

As expected, it looks a lot like a more compact S-Class which isn't necessarily a bad thing, but some would have appreciated a bigger differentiation between the two models. Mercedes-Benz already showed us the interior cabin so the cat is pretty much out of the bag.

All there is left to do is wait until January when the car will be officially shown to the public at NAIAS in Detroit.