Nissan has teased a bright future with 12 new cars coming in the next 18 months, but ghosts of the past continue to haunt the company. The Detroit Free Press is reporting that nearly 1.9 million Altimas from the previous generation are being recalled for an issue that seems unfixable – the hood latch. The first recall occurred in 2014 when Nissan fixed a lever and lubricated the secondary latches. They did the same thing in 2015 when the second recall occurred, while in 2016 they replaced the latches altogether.

It looks like the previous three recalls didn’t do the trick as a fourth one has just been issued following reports about the hood opening all of the sudden. While the official documents regarding the new recall have not been provided yet by the National Highway Traffic Safety Administration, Nissan told Roadshow the fourth recall is happening. This time around, it involves not only the original 2013-2015 Altima sedans affected by the previous recalls, but also those built for the 2016-2018 model years.

The issue? There’s a risk the coating on the Altima's secondary hood latch could come off, thus exposing the bare metal. With time, the metal could rust, and then the latch might not work properly, which means it wouldn’t be able to hold the hood down. Worst-case scenario, the hood could unexpectedly pop open. It has happened, with 16 reports of minor crashes, some of which caused injuries.

Nissan hasn’t figured out yet how to fix the problem, so in the meantime, Altima owners will get a letter in the coming weeks with instructions regarding “proper latch inspection and maintenance.” 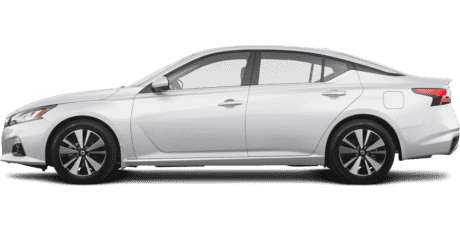 save over $3,400 on average off MSRP* on a new Nissan Altima

Once the company will figure out a proper solution, those nearly 1.9M owners will get a second letter. They’ll be asked to take their cars to the dealer to fix the pesky hood latch problem. Free of charge, of course.