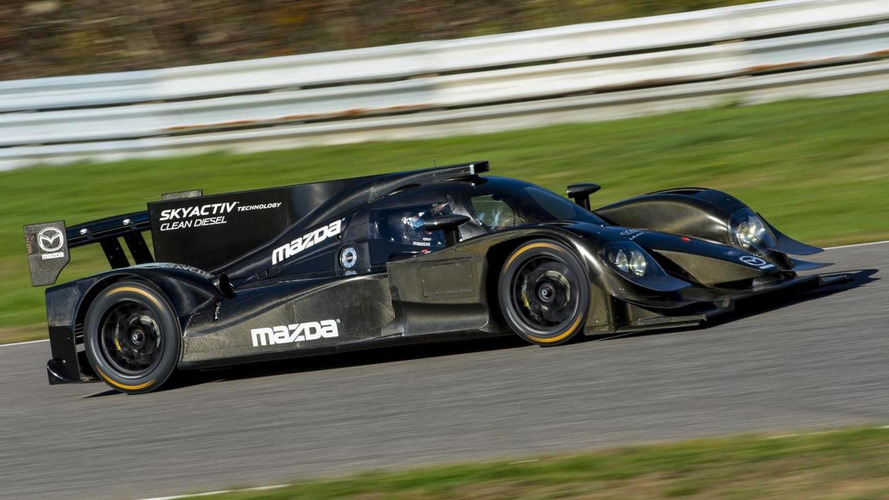 Mazda has announced plans to field two SKYACTIV-D race cars in the Prototype Class for the 2014 TUDOR United SportsCar Championship.

Mazda has announced plans to field two SKYACTIV-D race cars in the Prototype Class for the 2014 TUDOR United SportsCar Championship.

Set to enter competition at the Rolex 24 at Daytona, the cars were jointly developed with SpeedSource Race Engineering who previously helped the company create the Mazda6 SKYACTIV-D clean diesel race car for the Grand-Am GX Series.

The cars will be run by SpeedSource but Mazda is currently in discussions with other teams who are interested in the prototype class. The company also revealed they are talking to teams about the possibility of turning the Mazda6 into a GT Daytona class race car.

According to Mazda Motorsports Director John Doonan, "This is the most significant step Mazda has taken towards returning to the global racing stage since our overall victory at Le Mans in 1991." He went on to say "We're confident that our two prototype cars will challenge the best North America has to offer."