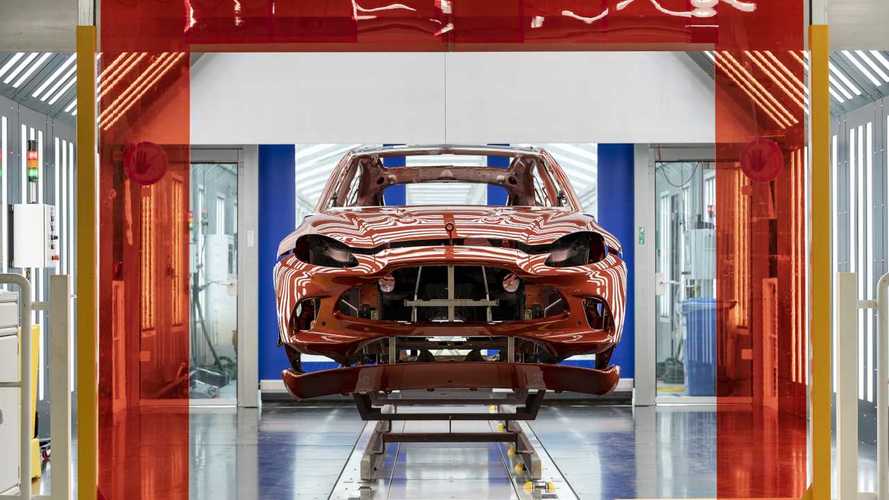 The brand wants to achieve around $48 million in annual savings.

The big shakeup within Aston Martin continues because the company is now removing up to 500 people from the company as a means to reduce costs further. "The measures announced today will right-size the organizational structure and bring the cost base into line with reduced sports car production levels, consistent with restoring profitability," the British automaker said in a statement published by Reuters.

Aston Martin will also cut costs by reducing the number of contractors, in addition to lowering expenditures on marketing and travel. In total, the decreased investments and getting rid of up to 500 workers will allow for £38 million ($47.8 million) in savings each year.

Get Familiar With The Big Changes Within Aston Martin:

The automaker's stock price has fallen 78 percent since last year, according to Reuters. As of this writing, Aston Martin is trading at 86 cents a share.

Aston Martin lost $146 million in the first quarter of 2020 and posted a 31 percent drop in sales. The poor results forced a major restructuring within the company. Andy Palmer, the automaker's CEO for the last six years, stepped down and Mercedes-Benz AMG division boss Tobias Moers replaced him.

Aston is betting on its DBX crossover to be a major help in the company's turnaround. The automaker's new factory in St. Athan, Wales, is building the vehicle. Deliveries should still begin in the second half of the year, despite the plant's closure during the COVID-19 outbreak. In the US, the DBX starts at $189,897 (plus a $3,089 destination charge). Expect the brand to introduce lots of different versions of the crossover to keep interest in it high.