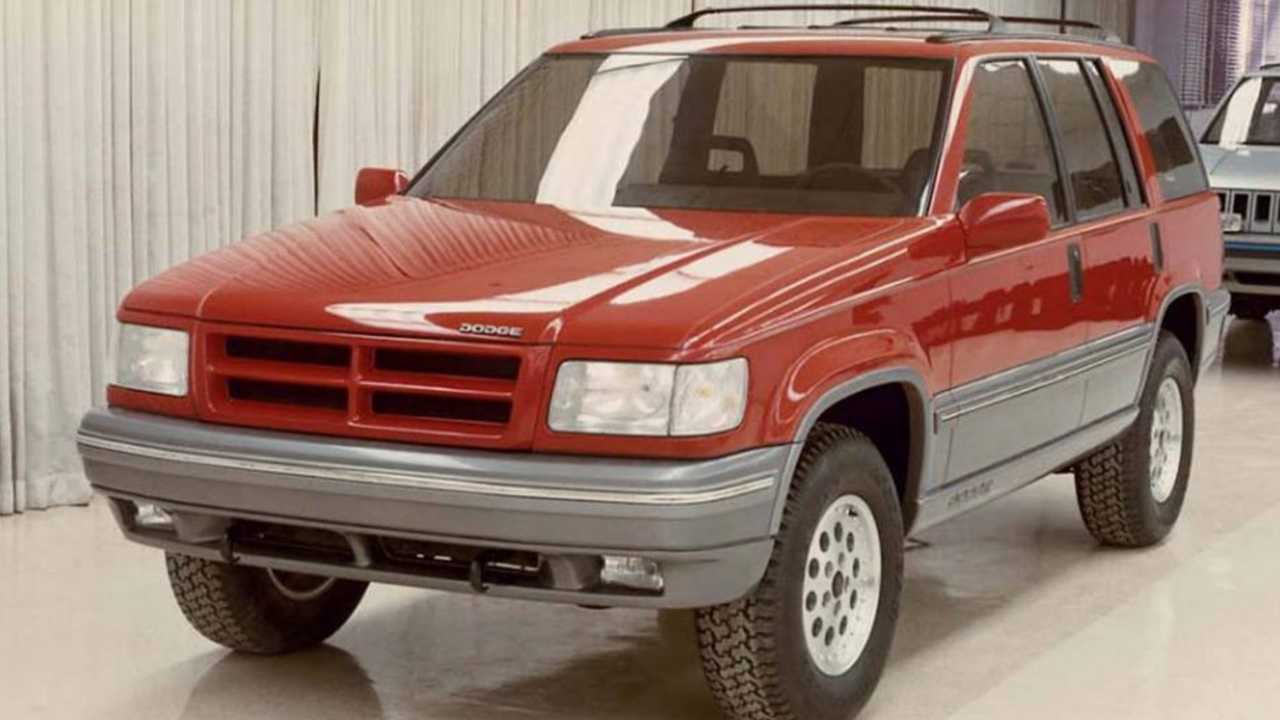 A rose by any other name...

A new generation of the Jeep Grand Cherokee is reportedly on the way during the 2021 model year, but let's go back to the very beginning of the popular SUV's story for a moment. A photo showing Dodge's proposal for its own version of the original Grand Cherokee came to light on the Car Design Archives Facebook page and a story from The Drive. The shot came from the book Jeep: The History of America's Greatest Vehicle, and the author Patrick Foster gave Motor1.com permission to re-publish the image.

The photograph is fascinating because not only can see you see the Dodge from the front three-quarters perspective but also there's a glimpse of the actual Jeep Grand Cherokee's nose visible in the background on the right. The design's body-color crosshair grille is actually more akin to  Dodge cars of the time like the Spirit or Shadow, rather than the truck. The flush-mounted, vertically oriented door handles are an interesting styling element too.

The photo's caption in Foster's book gave the reason for creating design proposals for the same vehicle from two brands as Chrysler being nervous that Jeep didn't have a large enough dealer network to fulfill the perceived demand for the Grand Cherokee.

According to Foster, Bob Nixon led the design team for both the Grand Cherokee and the proposed Dodge version. Nixon was also responsible for the AMC Hornet, Gremlin, and Pacer. He oversaw the team that created the shape for the XJ Cherokee, too, according to Hemmings' obituary for him from February 2019.

If you want even more of the Jeep story, then Foster's book is available from Olde Milford Press. You can also find his other automotive writing there, including books about Packard, International Harvester trucks, Ford, Studebaker, and a lot more.