Ford Bronco Raptor To Get 3.0-Liter V6 From Lincoln Aviator?

That's 415 pound-feet of torque, and more for the hybrid version, apparently.

The much-anticipated Ford Bronco is coming really soon ... or not, as more and more reports point toward a major push to its launch due to the current global coronavirus crisis. While we boil our butts in anticipation of the iconic off-roader's return, there have been many reports about the engine options that come with it.

One of the almost-confirmed engine choices is the 2.3-liter EcoBoost that's ubiquitous within the Ford lineup. It will allegedly produce 270 horsepower (201 kilowatts) and 310 pound-feet (420 Newton-meters) of torque in the Ranger, paired to a 10-speed automatic transmission.

The other one is the 2.7L twin-turbo V6 found in the F-150, which makes a healthy 325 hp (242 kW) and 400 pound-feet (542 Newton-meters) of torque. Again, both of these engine options have been reported numerous times but are not yet confirmed by the Blue Oval at this time.

Now, the question is, what about the rumored Bronco Raptor? Of course, a well-celebrated nameplate would have several speculations with it, including a 3.5L engine powering the souped-up SUV.

However, RevMatchTV has released a video (embedded on top) that refutes that rumor. According to the channel's sources, which is placed within Ford, the 3.5L engine just won't fit the Bronco's chassis, so it's going to be a bust.

Fuel For The Raptor Fire: 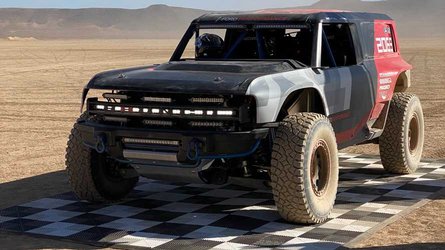 Ford Bronco Raptor All But Confirmed, And You Won't Believe How
⠀ 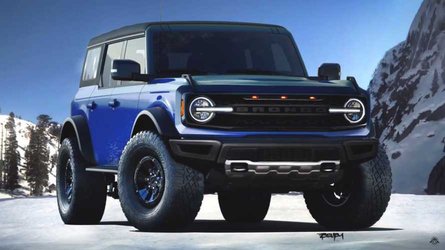 Ford Bronco Raptor Rendering Is All About The Details

What's it going to be, then? According to RevMatchTV's sources, Ford will shoehorn the 3.0L turbo V6 into the Bronco Raptor, which is the same engine found in the new Ford Explorer and Lincoln Aviator. While output ratings aren't out at this point, it's important to note that this mill makes 400 hp and 415 lb-ft of torque on both crossovers. Those numbers aren't bad. Not bad at all.

The Bronco Raptor is expected to be revealed a year after the main models come to fruition. A hybrid Bronco Raptor has also appeared in the rumor mill, but we won't count on that for now – at least not yet.

As always, take these with a healthy dash of salt, until a final confirmation from the Blue Oval comes in.