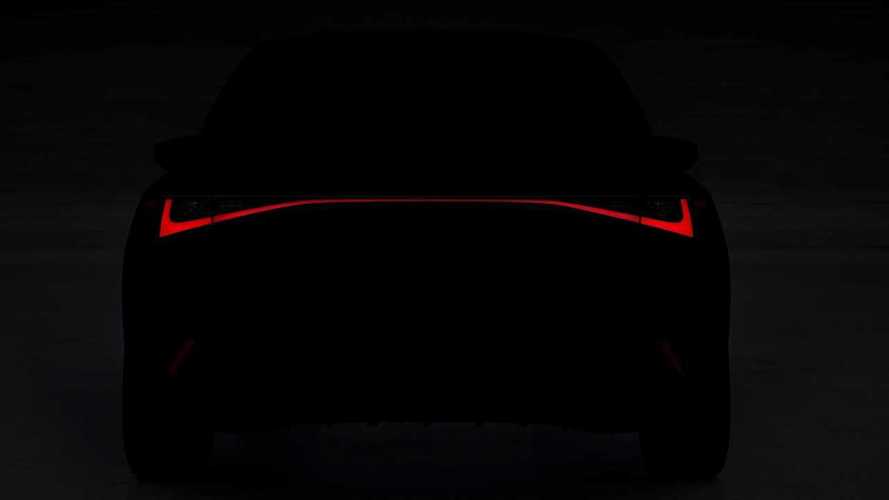 Japan's answer to the BMW 3 Series coming next week with a whole new look.

With a total of zero spy shots in our database, we’re a bit surprised Lexus is about to take the wraps off the revamped IS. Then again, the compact luxury sedan entered the third generation more than seven years ago, so a replacement was bound to happen sooner or later. Our first official look at the overhauled BMW 3 Series rival reveals the IS will be the next model in line to get full-width taillights. It’s a design feature that has been increasing in popularity in recent years as automakers are looking to inject some pizzazz at the rear.

Lexus isn’t willing to go into any details for the time being, other than saying its new sedan is “dressed to thrill” and will be unveiled on June 9. Latest rumors suggest that while a high-performance F model is not on the agenda to make a comeback, the IS 500 will still rock a V8 after all. The jury is still out on whether it will be the naturally aspirated 5.0-liter or a newly developed twin-turbo that’s bound to power the LC race car and hopefully, the LC F.

The New IS Is Coming:

Another missing piece of the puzzle has to do with the car’s underpinnings. There are contradicting reports about the hardware used by the 2021 IS, with some saying it will stick with the old bones rather than switching to the TNGA-L platform. Some reports are suggesting the engines might be carried over as well, and that IS 500 might not have a V8. Instead, the range topper will allegedly get the twin-turbo 3.5-liter V6 from the LS 500 where it makes 416 horsepower and 442 pound-feet (600 Newton-meters) of torque.

With the demise of the GS, it is believed the IS will be pushed upmarket to fill in the void. Expect a more luxurious interior cabin where there will be a tech infusion. Outside, the car is said to offer a sportier look, which we’re beginning to see judging by the aggressive rear end suggested by the swanky taillights.

There are a lot of things we don't know about the 2021 IS, but we should have answers to most questions in a week from tomorrow.

PLANO, TX (June 1, 2020) – Bringing the thrill of driving to the compact luxury sports car segment, Lexus will pull the cover off the new 2021 IS sports sedan next week.