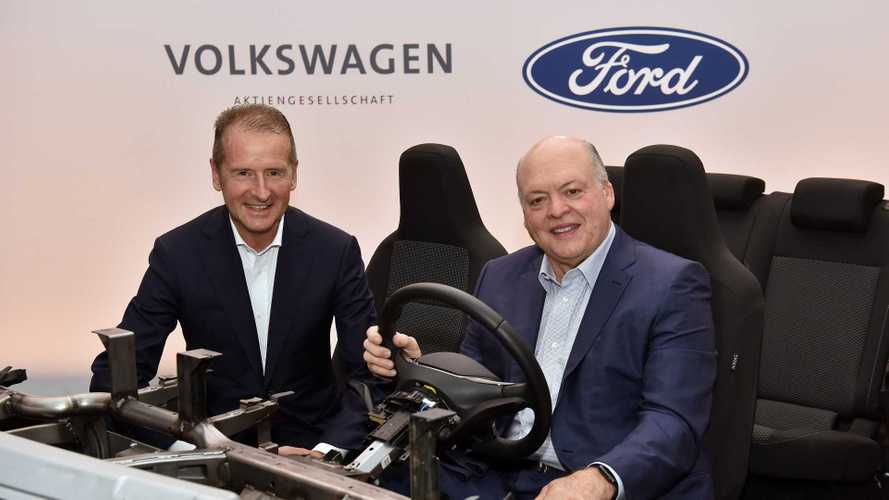 The two companies will remain rivals in other segments, of course.

Last year, Ford and Volkswagen have announced a new-found partnership to the world. It wasn't a shocking piece of news, really, since it didn't mean cross-partnership between the two.

As a refresher, the collaboration would be in terms of sharing a platform for EVs and in the development of autonomous driving through AI. The latter meant equal stakes in Argo AI, with future self-driving systems of both automakers coming from the same company.

“While Ford and Volkswagen remain independent and fiercely competitive in the marketplace, teaming up and working with Argo AI on this important technology allows us to deliver unmatched capability, scale and geographic reach,” said Ford President and CEO Jim Hackett.

Ford and VW, however, are deepening those ties, according to its latest release. Three projects are underway for the alliance. First is the previously announced usage of VW's Modular Electric Toolkit (MEB) for an electric Ford vehicle for the European market. The second one is a midsize pickup truck to be developed by Ford and will be used by Volkswagen in its commercial vehicle segment in selected markets.

The last of the three projects is also within the commercial vehicle segment, wherein Volkswagen is tasked to develop a city delivery van while Ford will be working on a van for the one-ton loader segment.

Alliances between automakers aren't really new. The latest and most popular of which is the Renault-Mitsubishi-Nissan alliance that recently announced a shift in direction in order to soldier on in the industry, post-Ghosn.

The Ford-VW allegiance is still on its early stage and is a bit far from bearing fruit. But as always, we'll keep an eye for any development.