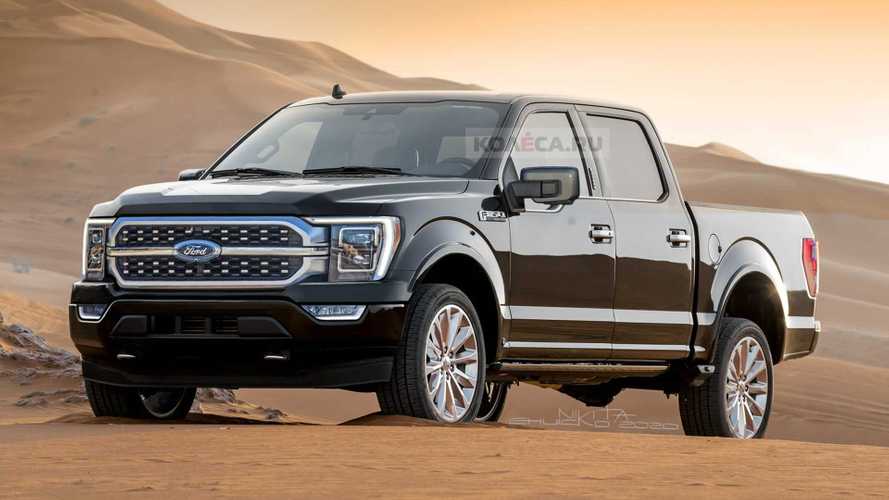 The long wait for Ford's new pickup is almost over. North America Product Communications Manager, Mike Levine – by way of Twitter – confirmed that the new 2021 Ford F-150 will debut on June 25, 2020, at 8:00 PM Eastern Standard Time. So make sure to mark your calendars accordingly.

Frankly, the arrival of the new Ford F-150 is long overdue. Initially we thought it might debut in April, but with the coronavirus affecting new vehicle debuts, Ford pushed back the debut date of the truck by a few months, as we know now. Production of the F-150 was delayed, too, with it now kicking off in October before the truck goes on sale later this year.

What we know thus far about the 2021 Ford F-150 is that it could pack multiple engines. Leaked documents suggest that the F-150 could up to four engines when it debuts. The first engine would be a naturally aspirated 3.3-liter V6 good for 290 horsepower (216 kilowatts), followed by a 2.7-liter EcoBoost V6 making 325 horsepower (242 kilowatts), and a 3.5-liter EcoBoost good for 375 horsepower (280 kilowatts). At the top of the range, rumors say we could even see the return of the beloved 5.0-liter V8 – but that may be reserved for the next Raptor.

Other reported details like over-the-air updates, an optional generator for off-grid work, and even a new massive center screen (which our spy photographers did capture) have us excited for the possibilities of this seemingly tech-friendly truck. Unfortunately, we won't have any confirmation on these details until the new F-150 debuts in just a few weeks. Stay tuned on June 25.