The Bronco will possibly share an infotainment system with the next F-150.

New information adds further evidence that the new Ford Bronco would be available with a seven-speed manual gearbox that would make the SUV more capable off-road. It also appears to share its infotainment system with the next-gen Ford F-150. The fresh clues come for an unnamed source speaking to TFL Car.

The insider claims that the seven-speed manual isn't a conventional gearbox. There would be an extra-low gear with an even shorter ratio than first. On the gearshift pattern, this cog would be down and to the left from first, putting it in a position that makes accidentally shifting there difficult. In addition, there would reportedly be a mechanical lockout as further prevention for putting the transmission into this low gear during normal driving. 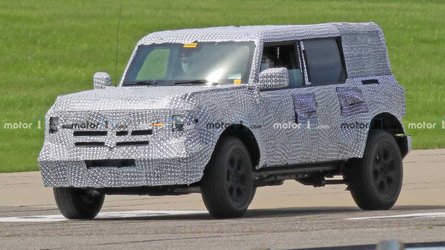 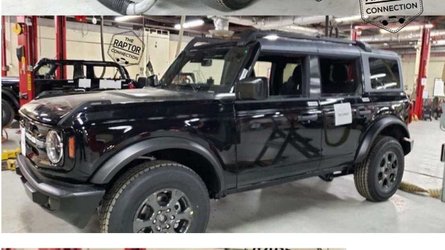 New Ford Bronco Will Debut This Spring Despite Coronavirus

TFL Car also obtained a photo of the Bronco's center stack. While we can't republish it, the layout is very similar to a recent spy shot showing the interior of the new F-150 (below). For both vehicles, the air vents flank the infotainment screen, but they appear to go all the way to the bottom of the display on the Bronco, rather than having switches take up only part of the space on the pickup.

There are physical radio controls directly below the monitor, and the HVAC buttons are the next level lower. There are fewer climate control buttons in the Bronco image, but this is likely because the F-150 in the leaked image is a higher trim level.