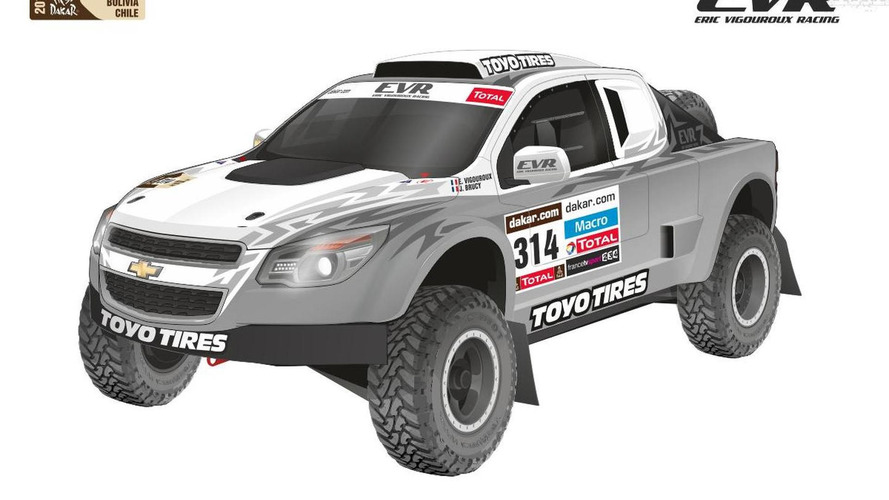 Jointly developed with Jefferies Racing, the purpose-built trucks have a Chevrolet Colorado body, a massive roof-mounted intake and off-road tires. The trucks will also be equipped with an LS7 Corvette Racing engine that is connected to a Fortin sequential transmission.

According to Eric Vigouroux “After several seasons with my Chevrolet Silverado for top honors in the past years, we have decided to develop and build a totally new race truck." He continued "Despite Dakar 2014 being the first real competition for the EVR Proto VX 101 Rally Raid Concept, our goal is to show the world the potential of our team.”