Toyota GR Corolla Could Get AWD, Three-Cylinder Turbo From Yaris

This might be the hot hatch Toyota teased for the US market, but take the rumor with a grain of salt.

In early May, Toyota strongly hinted that the US market would get a new hot hatchback “to call its own.” That came after the automaker revealed the delectable GR Yaris with all-wheel-drive, a gutsy turbocharged engine, and a six-speed manual – for Euro and Asian markets only. The hot Yaris isn’t coming stateside, which pretty much leaves the Corolla as the only hot-hatch alternative.

Now, Japanese auto outlet Best Car is claiming a GR Corolla is definitely in the works. Not only that, the report claims it will take the turbocharged all-wheel-drive powertrain straight from the GR Yaris. To refresh your memory, the pint-sized hatchback packs a 1.6-liter three-cylinder mill that makes a positively heroic 257 horsepower (192 kilowatts). It’s a completely new engine in Toyota’s lineup and paired with a proper manual gearbox, it sounds like the proper Toyota rally car we’ve all been waiting for.

GR All The Things: 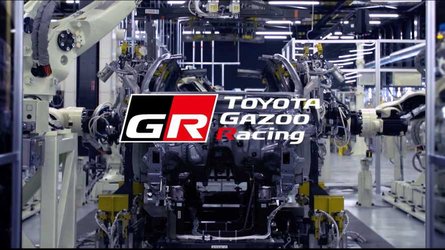 Toyota Shows How GR Yaris Is Made, Hints At More GR Cars 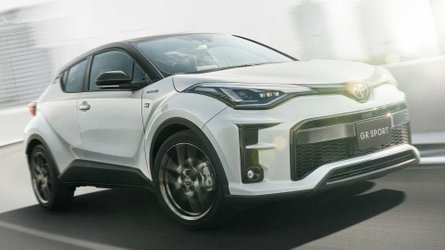 Before you start getting your back account prepped for a deposit, we advise you to take this rumor with a grain of salt. We contacted Toyota about this info, and a spokesperson told us the automaker has no comment on future products or speculation. We've heard similar rumors that place the car as arriving in 2023, but Best Car says this new Corolla could come late this year or early in 2021. That's a significantly shorter timeframe compared to other rumors, and there's certainly no guarantee that a hot Corolla will borrow components directly from the GR Yaris.

There is certainly mounting evidence that some kind of amped-up Corolla is coming. Between GR Corolla trademark filings and a surprising response in America to the GR Yaris, it's really just a question of sussing out the details. Whether we learn the full story later this year or a couple of years down the road, the future at least looks bright for a new rally-themed hot-hatch Corolla.

See the 2022 Toyota GR Corolla and all of the other upcoming new cars in our list of future cars.

Source: Best Car via The Drive