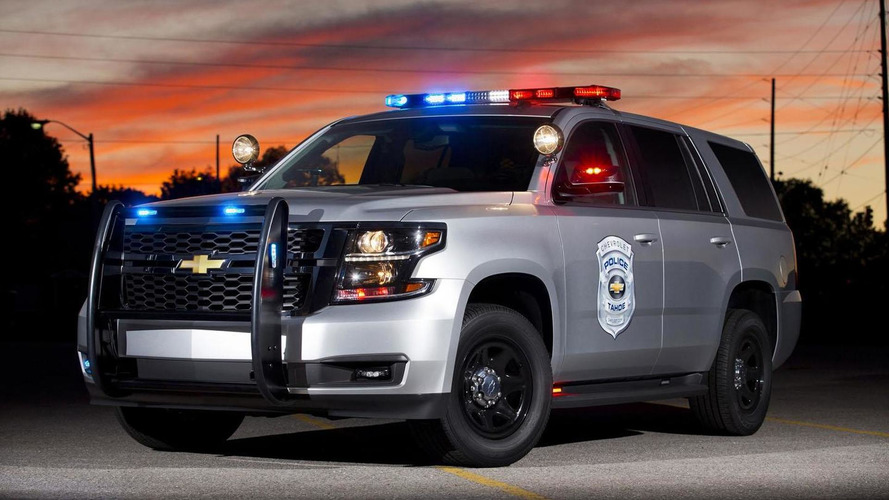 Following an announcement made several days ago, Chevrolet has introduced the 2015 Tahoe PPV concept at SEMA.

Following an announcement made several days ago, Chevrolet has introduced the 2015 Tahoe PPV concept at SEMA.

Chevrolet's police patrol version of the Tahoe will be sold in both 2WD and 4WD versions with power coming from a V8 5.3-liter EcoTec3 engine delivering 355 bhp (265 kW) and a peak torque of 383 lb-ft (519 Nm) sent to wheels via a six-speed automatic gearbox which was calibrated for police service.

The full-size, body-on-frame SUV has received heavy-duty disc brakes with ABS which were specifically tuned for police driving. The 2015 Tahoe PPV also benefits from a StabiliTrak electronic stability control incorporating traction control and Proactive Roll Avoidance. It rides on 17-inch steel wheels wrapped around in V-rated P265/60R17 Goodyear RSA tires while the body is now stiffer thanks to a more extensive use of high-strength steel.

Suspension improvements have also been brought for the Tahoe police pursuit vehicle which comes as standard with a 730-CCA auxiliary battery and a custom electrical system that enables an easier outfit of police-related equipment.

The 2WD pursuit and 4WD special service versions will be available on order starting Q1 2014 while the 4WD pursuit vehicle is set to go on order in the second quarter of next year.