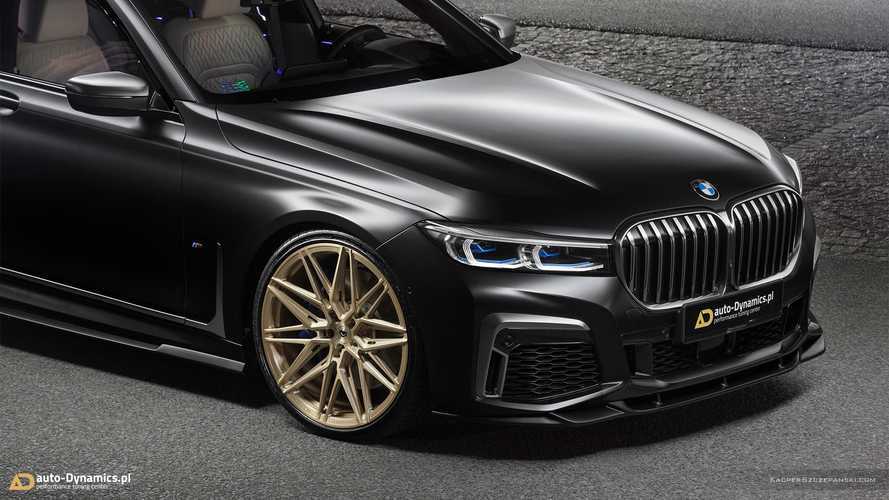 The BMW 7 Series already offers plenty of swankiness right off the factory floor, thanks to its loads of available tech and luxury. Though like most cars, there’s a whole aftermarket scene with plenty of additional upgrades, and Polish tuner Auto-Dynamics is offering the luxury sedan several upgrades over what BMW provides. The car highlighting the upgrades is the BMW M760Li xDrive that has not only several visual changes but also an enhanced suspension, too.

One of the car’s standout features is the forged Vossen wheels, 22-inch EVO-5R units. Michelin Pilot Sport 4S tires wrap around them. The gold wheels pop against the full-body PPF matte wrap, too. While those are the most striking visual cues that tell onlookers, this isn’t your typical 7 Series as other upgrades enhance its look even further. Auto-Dynamics offers an aero body kit that adds a front lip spoiler, rear diffuser, side skirts, roof spoiler, and a trunk spoiler because you can never have too many.

What's Next For The Big Sedan?

Auto-Dynamics leaves the sedan’s twin-turbocharged 6.0-liter V12 unchanged. Stock, it produces 601 horsepower (448 kilowatts) and 627 pound-feet (850 Newton-meters) of torque that takes the large sedan from zero to 60 miles per hour (96 kilometers per hour) in just 3.6 seconds. However, one thing the tuner does change is the sedan’s air suspension by lowering it, allowing the hulking sedan to sit lower over its larger wheels and tires.

For now, the V12 under the M760Li’s hood makes it a powerful 7 Series. Still, BMW has big plans for its big sedan, Rumors of the all-electric version suggest its electrons will provide more oomph than the 12-cylinder gas guzzler, possibly producing as much as 650 hp (484 kW). That would be quite the jump over the current V12 – and that instant torque should help improve the feeling of performance, too. But until then, the V12 reigns supreme, and Auto-Dynamics can help it stand out from a sea of other 7 Series models.